A glimpse of life in the Middle Ages

THE HISTORICAL PATH OF VOGOGNA

A walk through history in the characteristic streets of Vogogna and then up to the fortress ruins, to get a glimpse of life in the Middle Ages.

From the car park, keep the town hall to your right and follow a short stretch of road until you reach the cobblestones of Via Rimembranza, which climbs easily up to the neo-Gothic Church Sacro Cuore di Gesù, built in the late 19th century (nearby, you’ll find a fountain and one of many educational panels installed along this trail). Next to the building, there is a large space similar to a theatre. This was the site of the old parish church that collapsed in 1975.

Only the portal of it remains, and has been incorporated into the new bell tower. From the church, pass over the bridge where the village gates once stood. Take Via Roma (wooden sign for “Sentiero Natura” La Rocca) to admire the historical buildings with 18th century balconies and medieval arcades, such as the one where the tax collector lived (the “gabelliere”, who collected tariffs on goods). The streets throughout the town are paved with river stones. This road takes you to “Palazzo Pretorio”, built in 1348 in the style of Lombard “broletti”, or raised public spaces.

In fact, the building was used as a shelter on rainy days for the market, where goods and information were exchanged. Until 1819, it was the seat of government of the lower Ossola area. Beautiful mansions are all around, such as Villa Biraghi (1650), which now houses the administrative offices of the National Park Val Grande. If you wish, you can continue on a bit until you reach the square that indicates the place where the second entrance to the village stood. Here, you can admire the back of Casa Marchesa, the oldest building in Vogogna, dating back to 1350. Then, go right along the narrow Via Sotto le Mura, which passes along the perimeter of the ancient defensive walls. Walk to the right along Via Teatro or Via della Motta, or go to the end of Via Sotto le Mura, and take Via Roma back to Palazzo Pretorio. From here, go left up the steps that lead to the Visconti Castle, already visible with its mighty tower that dominates the entire town.

Dating back to 1348, after having been the military and administrative centre of lower Ossola region, and also a prison (until 1914), today it is a museum and a place for meetings and cultural events. Go around the castle and pass close to the boundary wall that rises to your right, and you’ll get to a bridge. Then take the mule track to the right, uphill. Once you have reached an isolated building, the mule track starts to climb steeply, with a magnificent view of the castle. This brings you to the hamlet of Genestredo (354 m), passing by an interesting lavoir that is almost level with the road. When you reach the centre of the village, there is a canopy and a fountain (not drinkable). Turn right (sign for La Rocca A34a) along a gradual dirt road that leads to a ford.

After you pass the ford, a staircase climbs quickly up and then levels out, leading pleasantly to a picnic area with tables, a fountain and grilling areas, and then to the tower of the ancient Longobard fortress, known as the “Rocca”. Devastated in 1514, only the ruins of the tower remain (a sign warns visitors to not get too close due to possible falling stones). The access path is inviting, but not worth the trouble, because you are already on the most beautiful side of the building.

the brand “I Borghi più Belli d’Italia”
Do not forget that Vogogna is officially among the “Most Beautiful Villages in Italy” (www.borghipiubelliditalia.it) for its precious historical and artistic heritage as well as the excellent preservation of its monuments.

the Celtic mask
In Dresio, slightly outside Vogogna going towards Domodossola, visitors can admire the Oratory of San Pietro, the town’s first parish church, of Longobard origin with 15th century frescoes. Next to the building, there is a fountain adorned with an interesting mask dating back to the 1st or 2nd century BC, called the “Celtic mask”. It is a copy; the original is kept inside Palazzo Pretorio.

Accessible to pushchairs/strollers only inside the village. Use the panoramic lift to get up to the castle (only during opening hours). Large playground in front of the town hall. 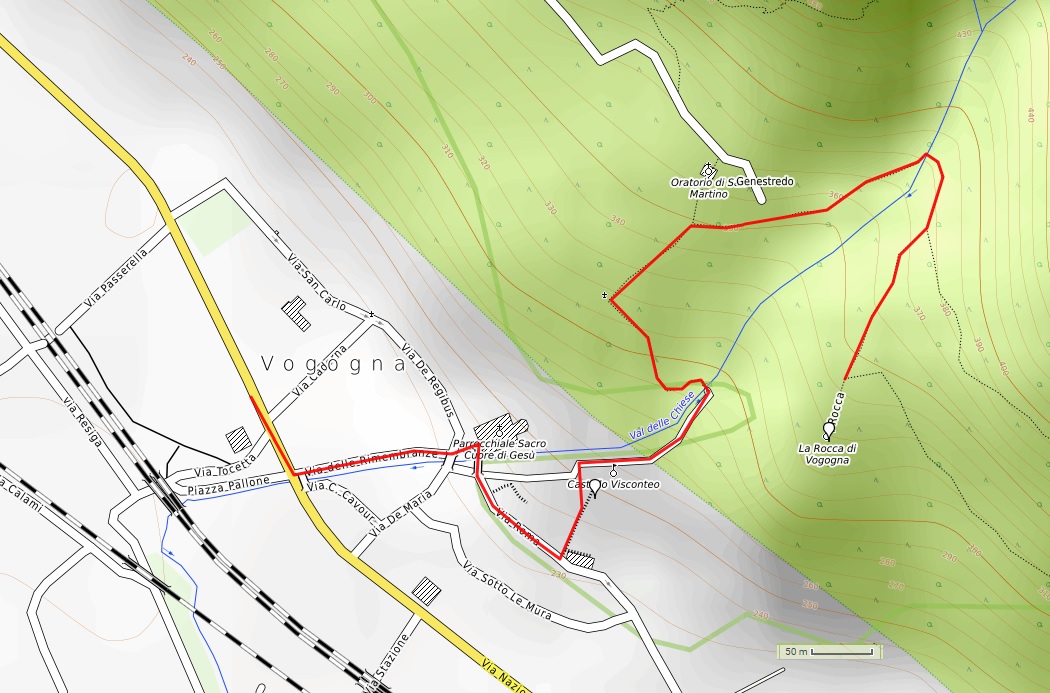 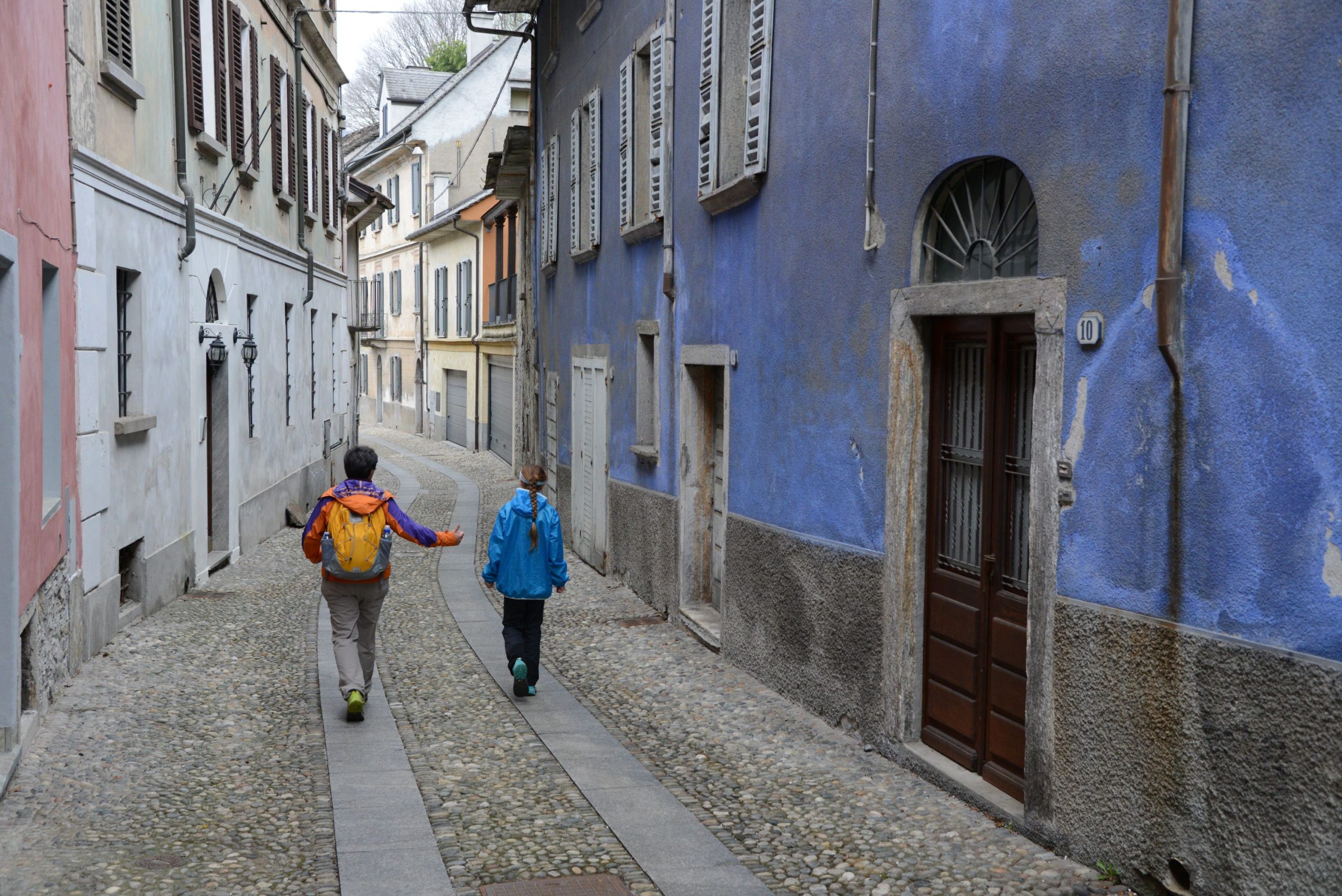 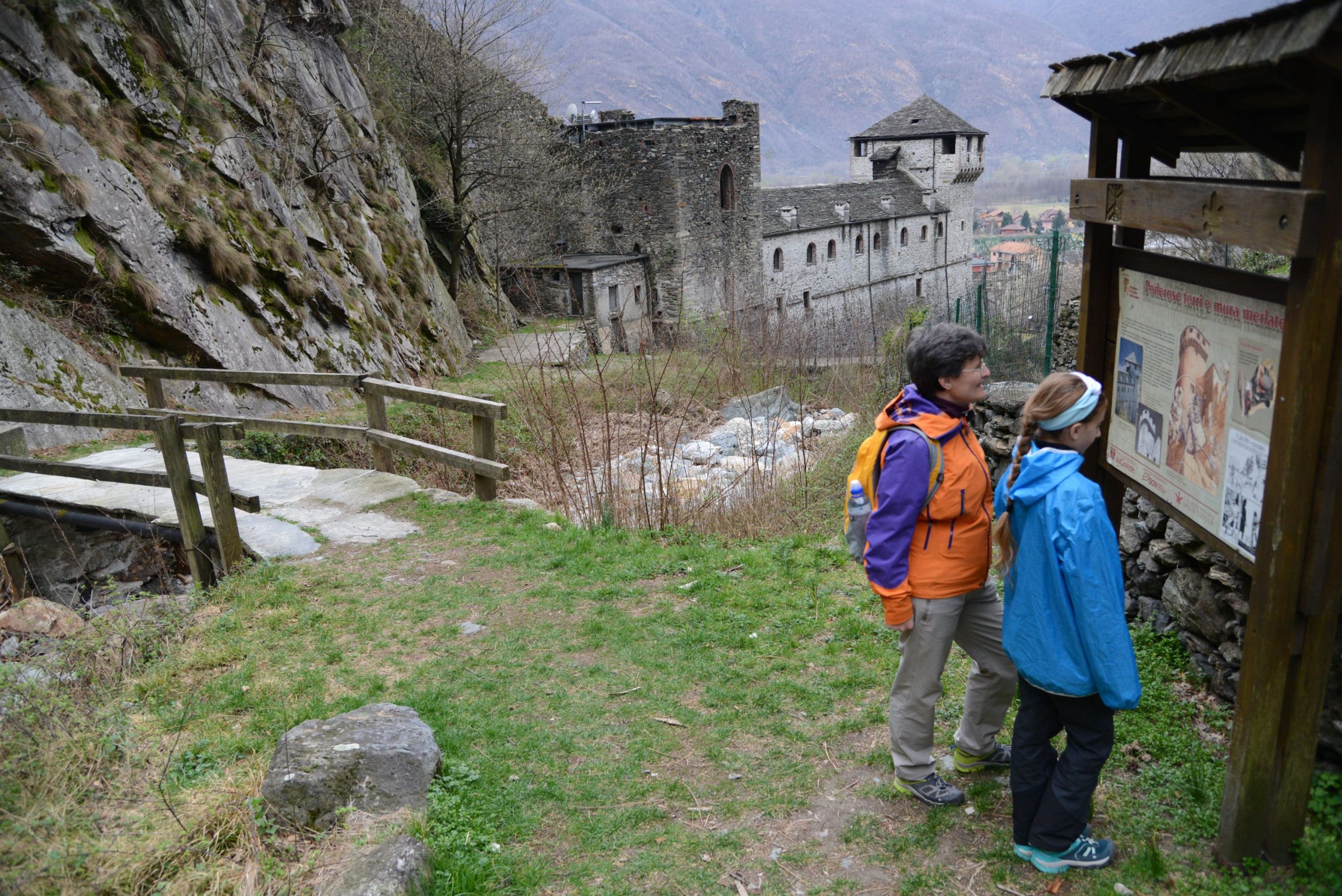 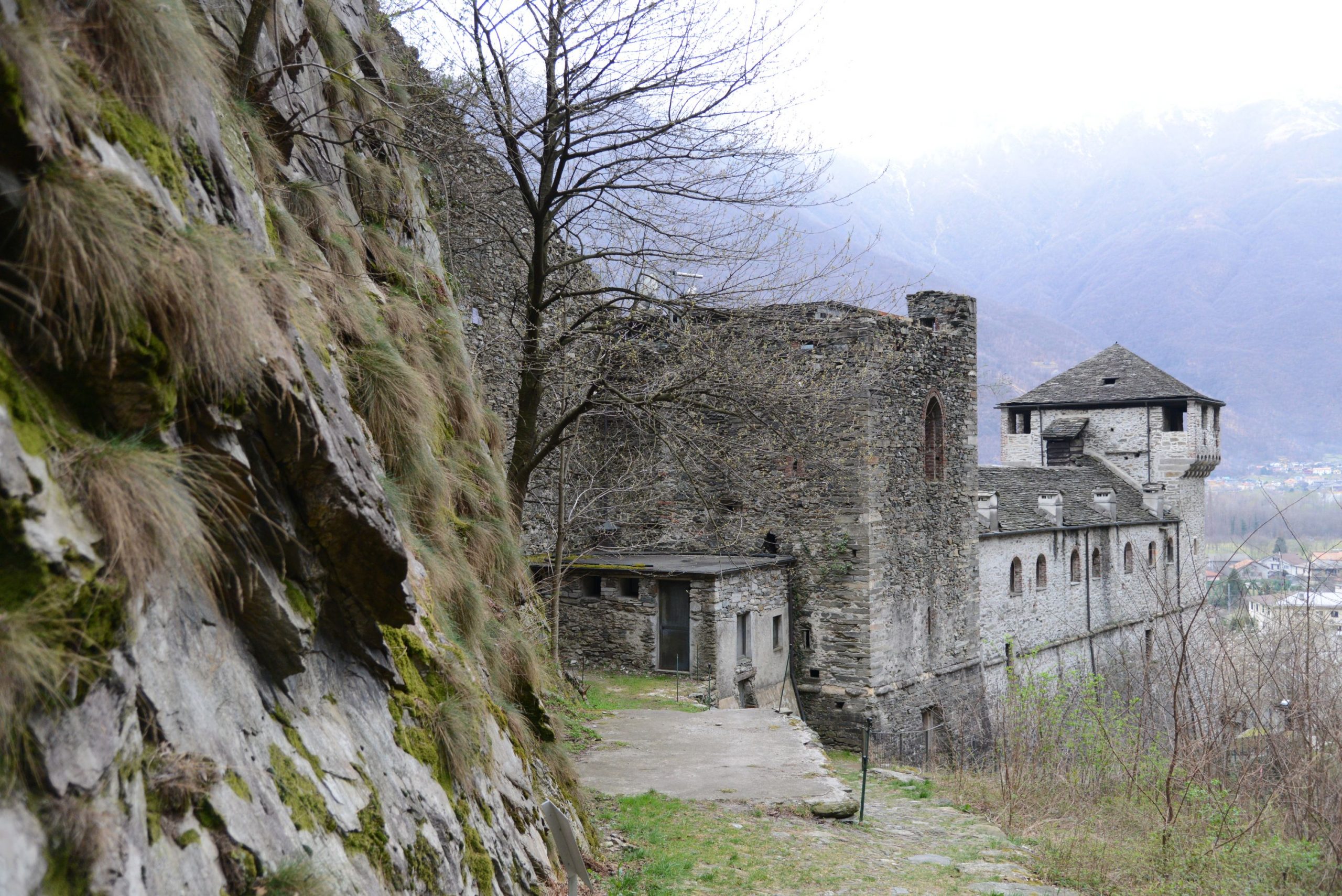 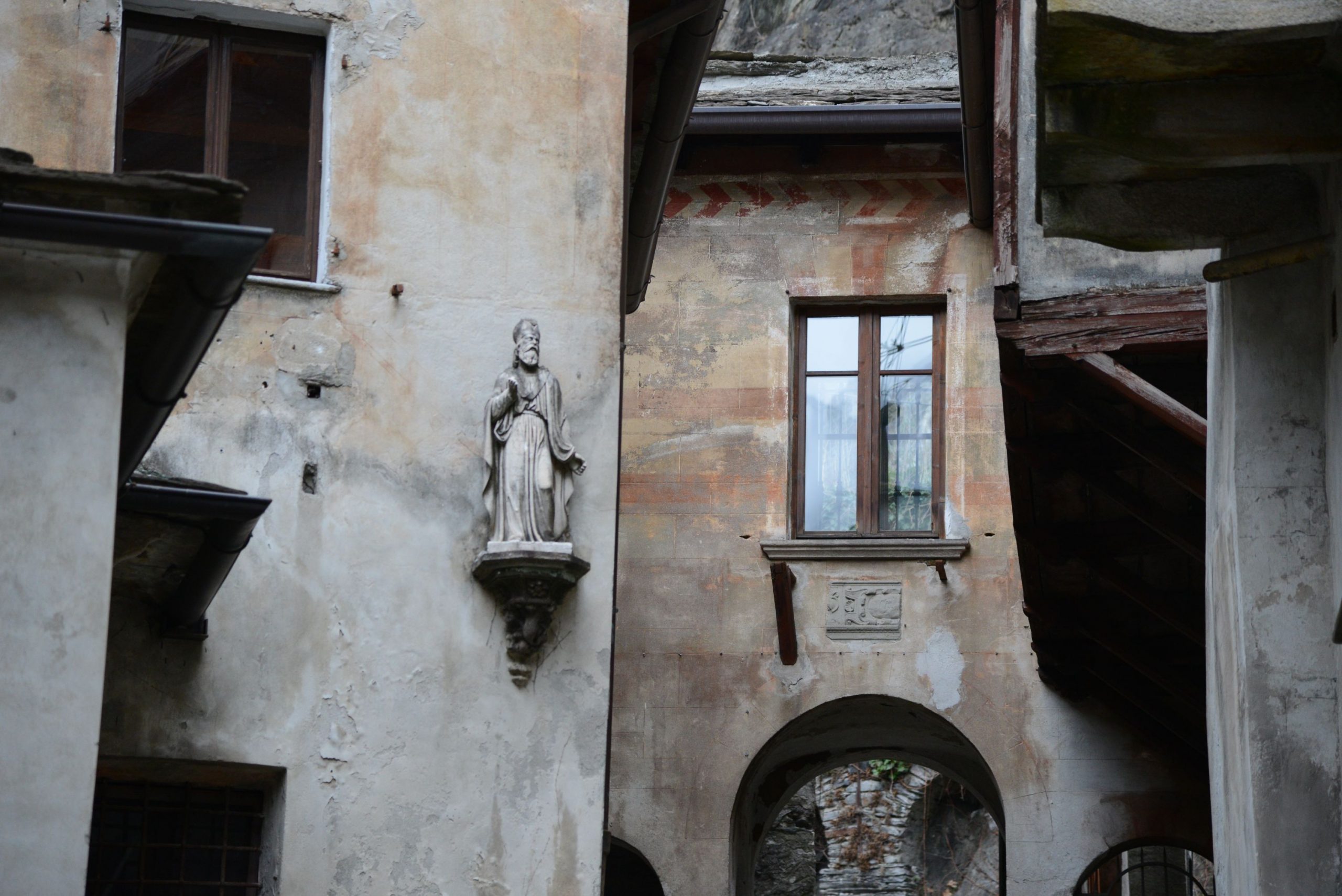 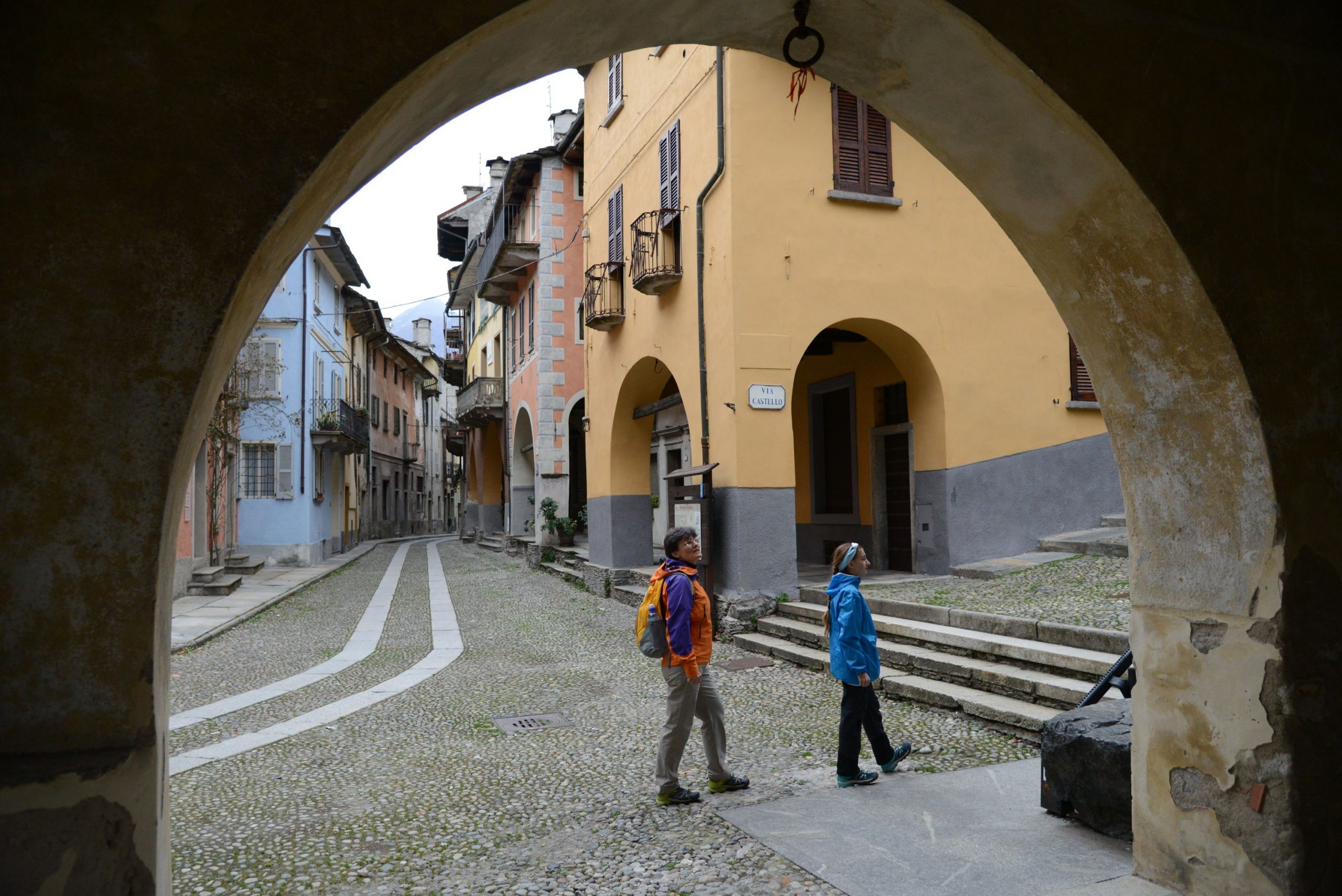 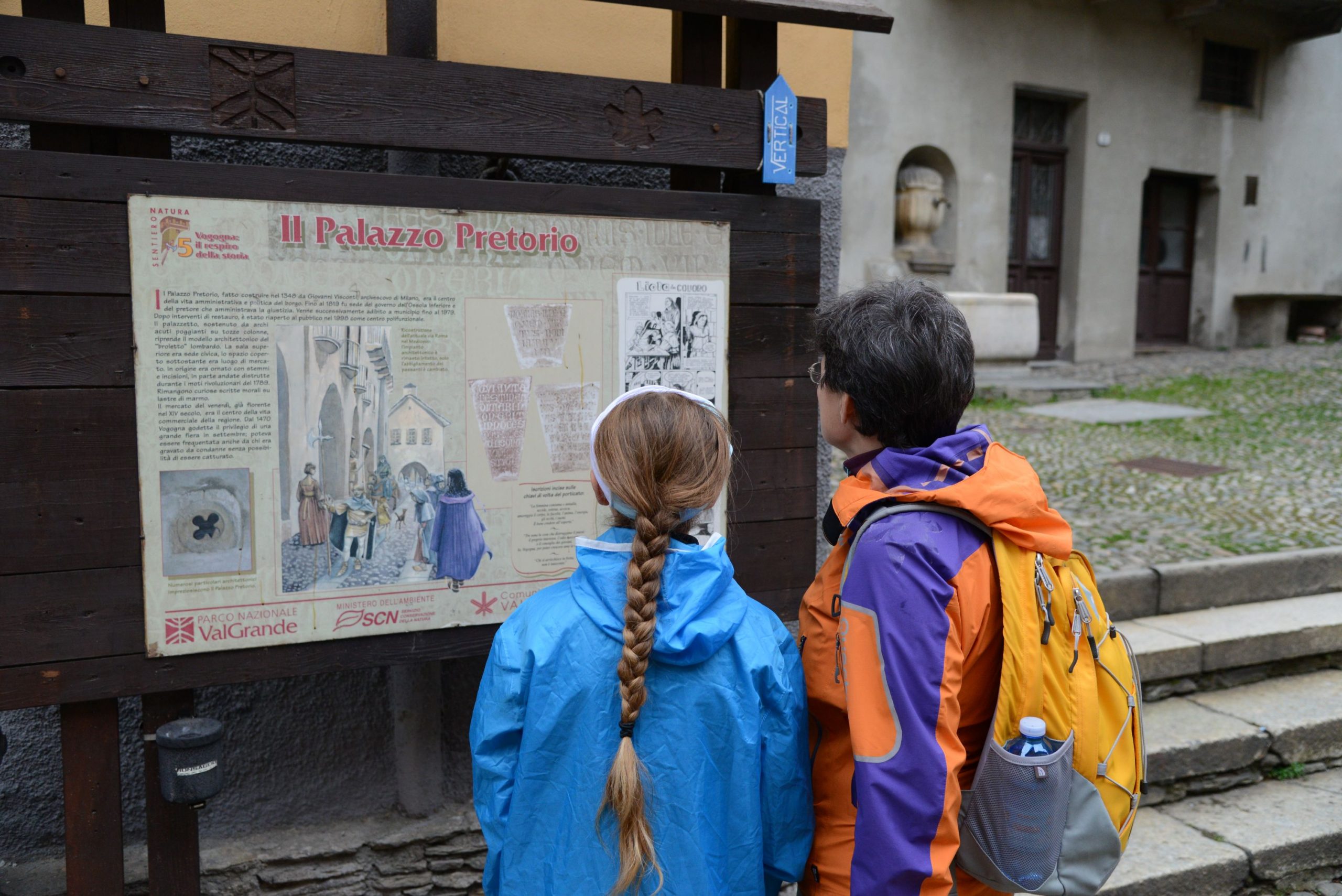 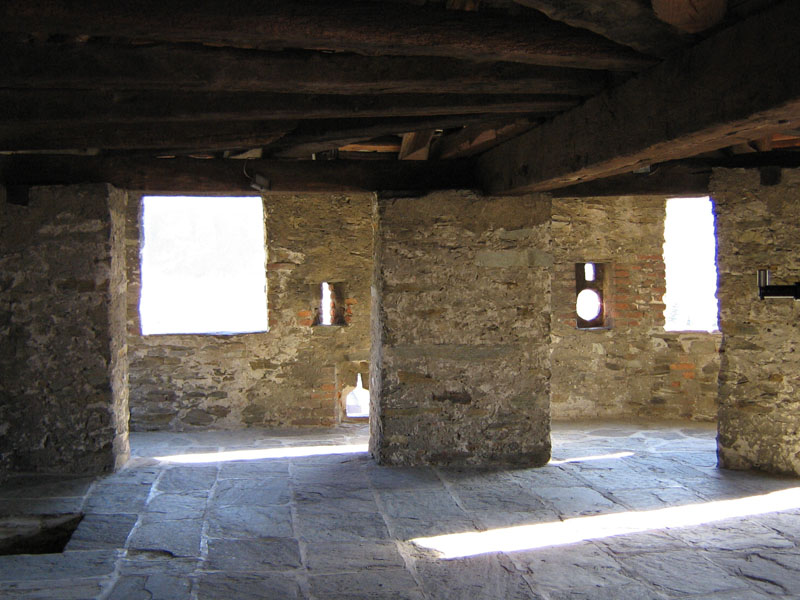 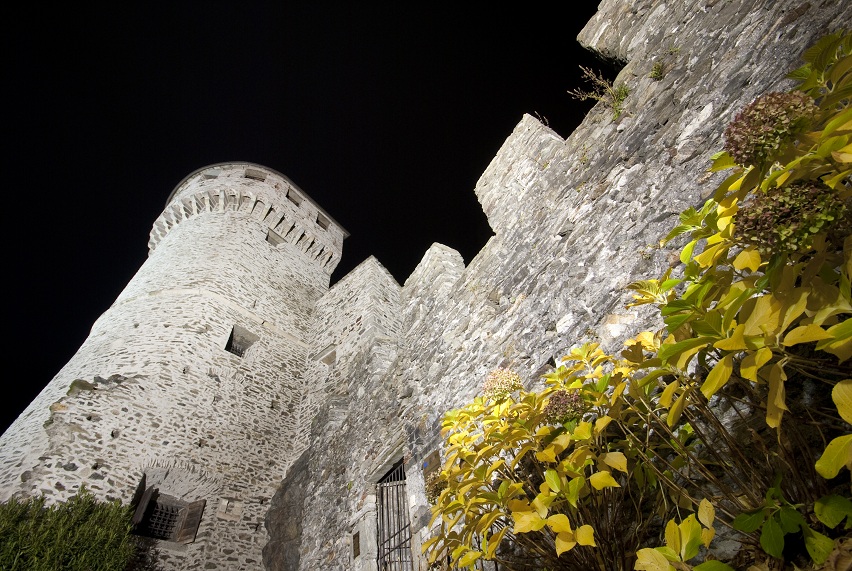 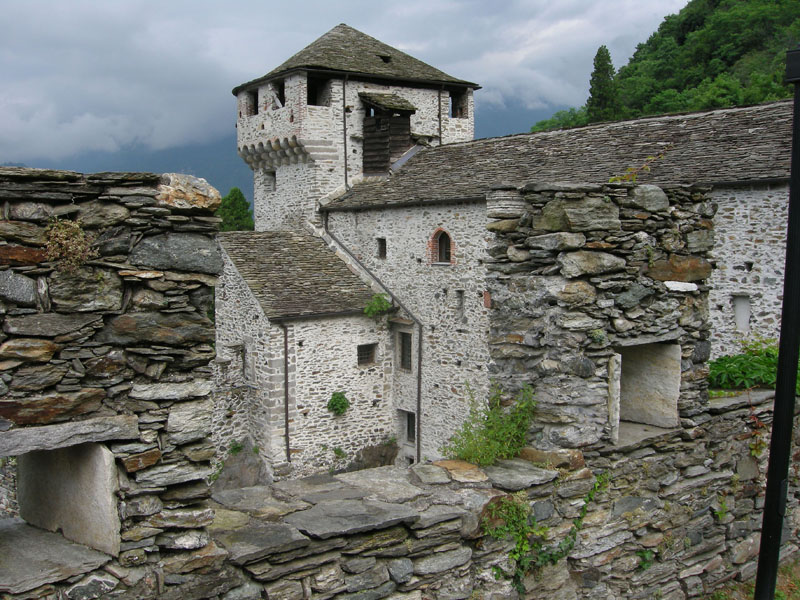 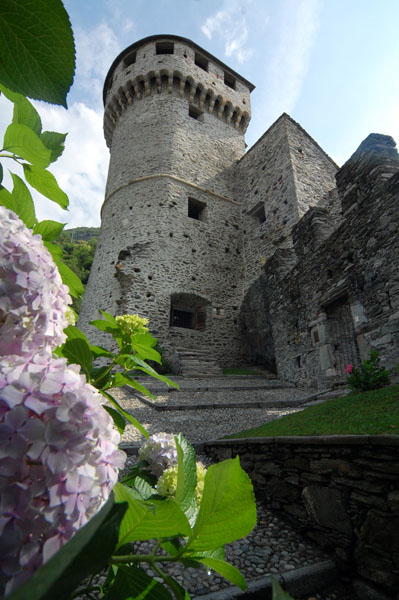 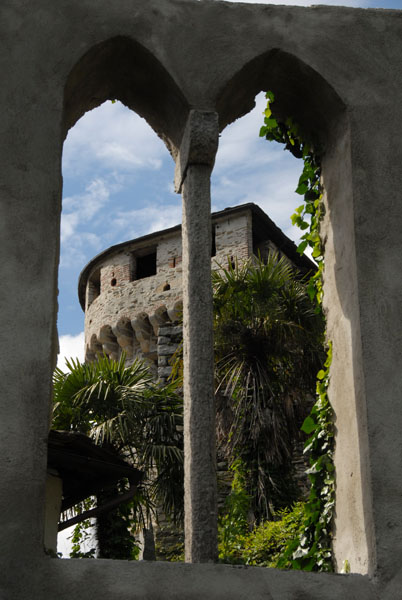 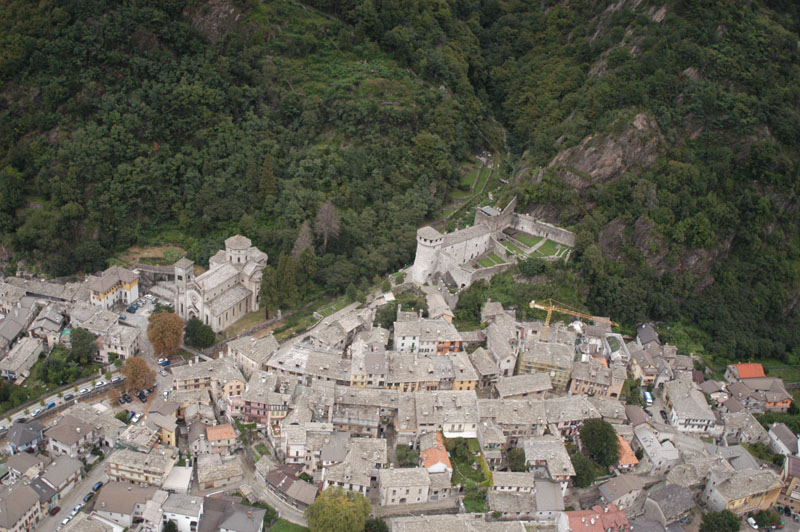