Departure from Omegna and return

Starting from Omegna, where convenient parking is available near the Forum, set off toward the village of Borca first on via Manzoni and then via Pacinotti. At the end of via Republic turn left following the signs for Armeno-Mottarone, then climb towards the village of Agrano and then Pescone.

Continue climbing through the village of Bassola and when you come to Armeno turn right into via Don Magnone.
At the next junction go straight on along via Abeda to the main square of Armeno, cycle down via Cadorna but shortly after turn left into via Cesare Battisti and then right into via Pariani. You come to the strada delle due Riviere near a supermarket. Cross the road and turn right along an unmade road that will take you to the village of Pisogno a little further on.

Where the tarmac road starts again, turn right and then immediately left passing alongside a place with a swimming pool. After a few hundred metres, near a right bend, turn left into a path which leads to the vicinity of the stables.
When you arrive near a chapel, turn left and cross a bridge over the River Agogna to the village of Pezzasco. Continue on a tarmac road, passing a second bridge and then turning right toward the bridge over the Agogna. Turn immediately left into a path that goes back into the woods and leads to the Reserve of Monte Mesma near the old smithy.

Ford River Membra and turn left following the route signposted as percorso del torrente (river route). On reaching the bottom of via Crucis which climbs to Monte Mesma turn left into the tarmac road to Bolzano Novarese.
Then take via Santa Maria to the town hall of Bolzano, turn left and continue in the direction of Invorio and the cemetery of Bolzano Novarese.

Near the last houses of the town, turn right into an unmade road in the woods. After passing an artificial lake turn right and continue until you reach the church of San Lorenzo in Gozzano. The route now takes you toward Auzate following via Caduti della Libertà and crossing two roundabouts. After reaching the town of Auzate follow the unmade road near the parish church that goes down to the River Grua.

Cross the bridge over the river and climb up again to the the town hall and the parish church of Soriso. Continuing the descent along the tarmac road, take an unmade road that descends toward Pogno. At the junction keep right and pass the bridge over the River Grua. Cycling may not be possible on all parts of this stretch. On reaching Pogno near the sports field continue in the direction of the church and then turn right in direction of Berzonno following via Alzo. Near the church take via Torlaqua and when you come to the church of San Michele turn left and continue along the path to San Maurizio d’Opaglio. Follow via Pianelli to the crossroads with the provincial road 47, turn right and near the left bend going up the cobblestone road that takes you to the village of Briallo.

Cross the village to the chapel of Santa Barbara right at the foot of the rock where the sanctuary of the Madonna del Sasso (Our Lady of the Rock) stands, turn left and follow the fence of the waterworks of San Maurizio and then turn right and follow the path known as the Sentiero degli Scalpellini. A little further on turn right and continue through the woods until you see a gate on the left. Here you turn right and you come to via alle Cave near Alza di Pella. Now turn left and continue on a tarmac road to the stop sign, turn left again along the provincial road 46 and continue uphill and after the village of Ventraggia you come to the bridge over the River Pellino.

Continue climbing to Monte San Giulio, keep going through the houses and take the mule track which climbs to Egro in an area known as the Belvedere. Continue to the cemetery of Egro where you take an unmade road downhill that leads to Grassona near the parish church a little further on.
Continue on a tarmac road near the sign indicating Grassona, turn right into a path to Colma and then go downhill to Cesara. Cross over the road and continue along the streets Cesara, first on via Sant’Isidoro and then you come to the parish church. Shortly after the church continue on an unmade road on the right following the red-white signs to the centre of Nonio and then turn left in direction of Laghetti di Nonio.
After the lakes, turn right sharply going down in the woods to the tarmac road near the area of Ponte Bria. On some sections of this trail cycling may not be possible. Turn right and following a tarmac road you come to the bridge over the River Fiumetta.Turn left along via Varallo to the parish church of Cireggio. Continue along via Leonardo da Vinci to the roundabout in the vicinity of the Church of S. Bernardo and keep right all the way to the sports field. Continue downhill until you reach the ancient Roman door on the left and turn right to the traffic lights.
Turn left and go straight ahead, then turn right along via Ferriere. At the roundabout turn right again to the Forum of Omegna. 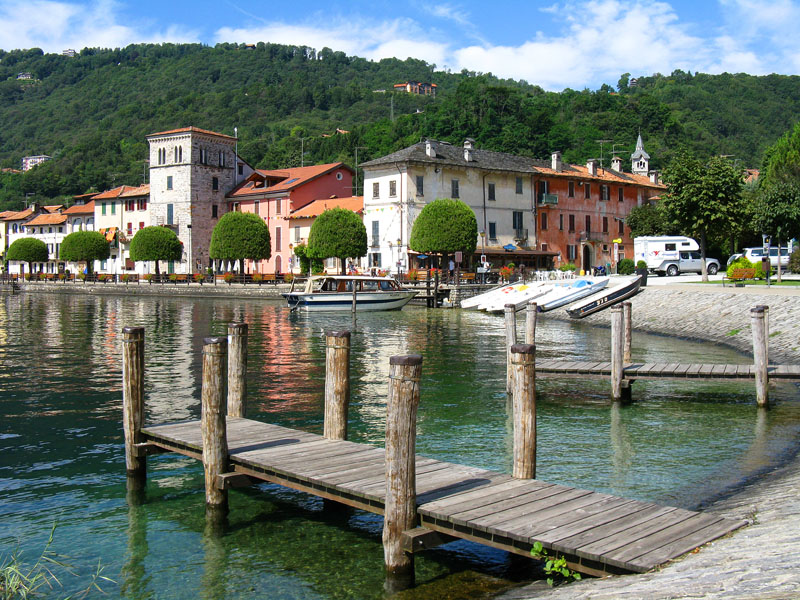 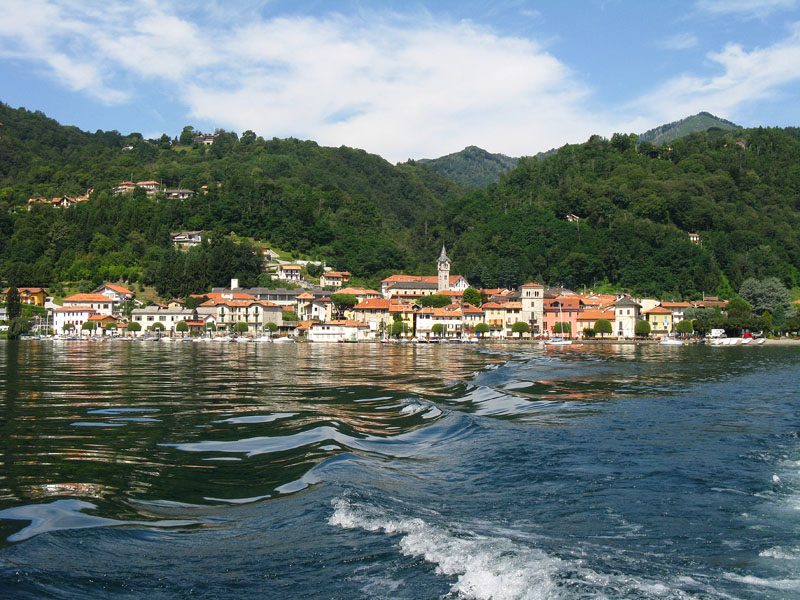 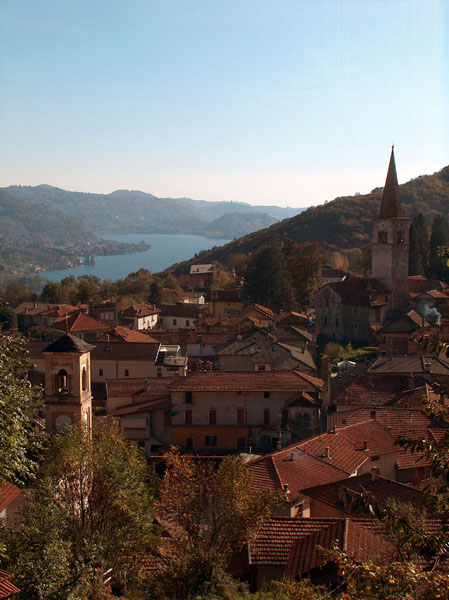 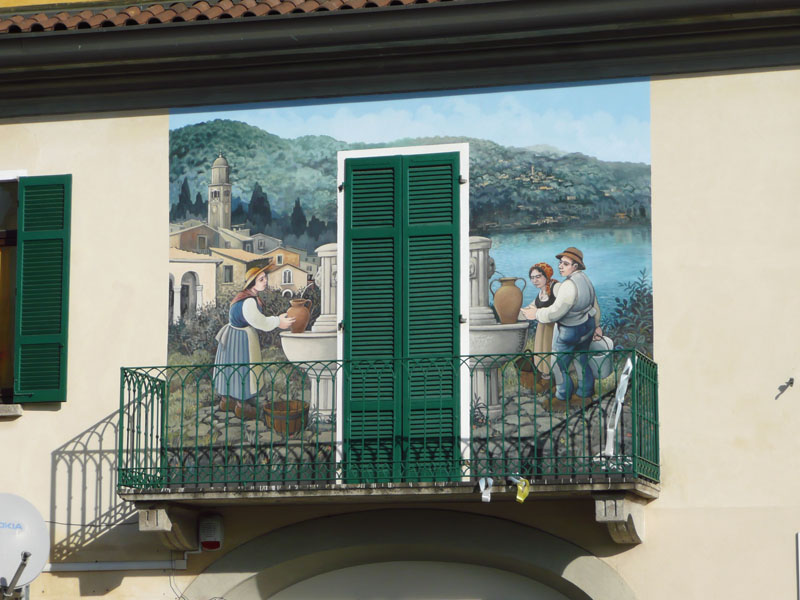 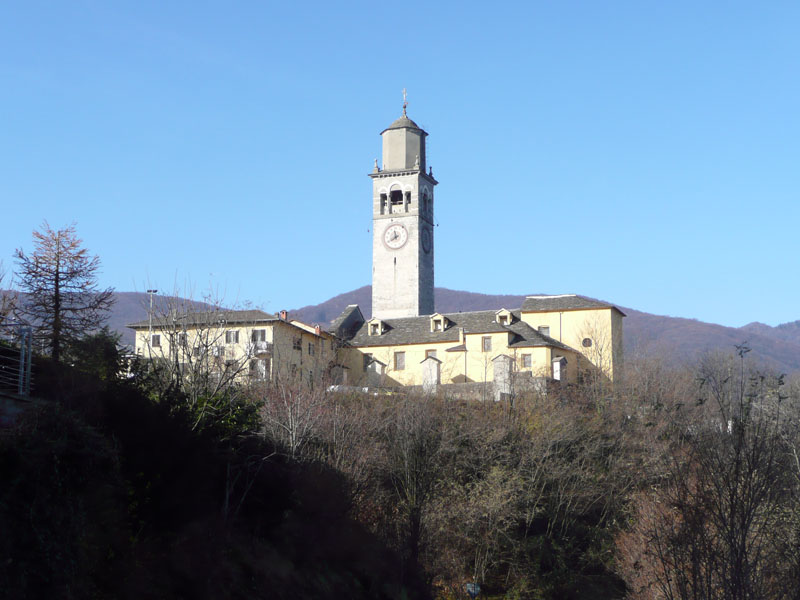 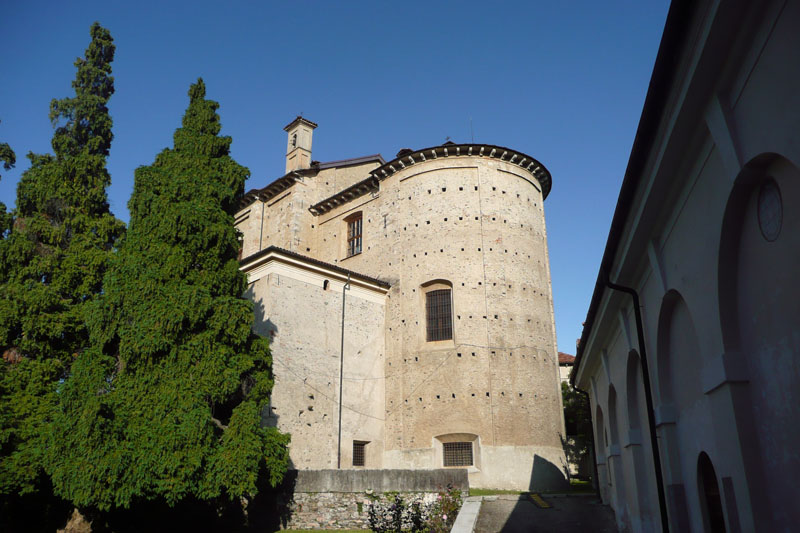 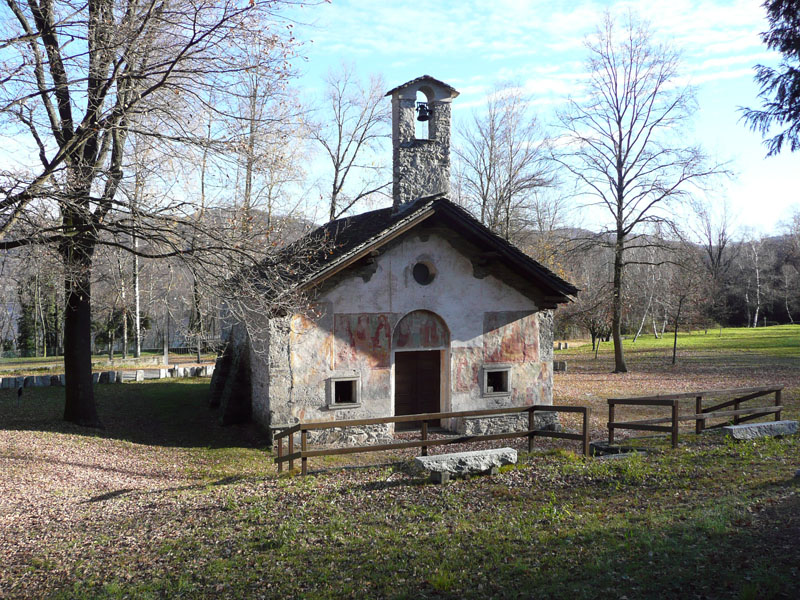 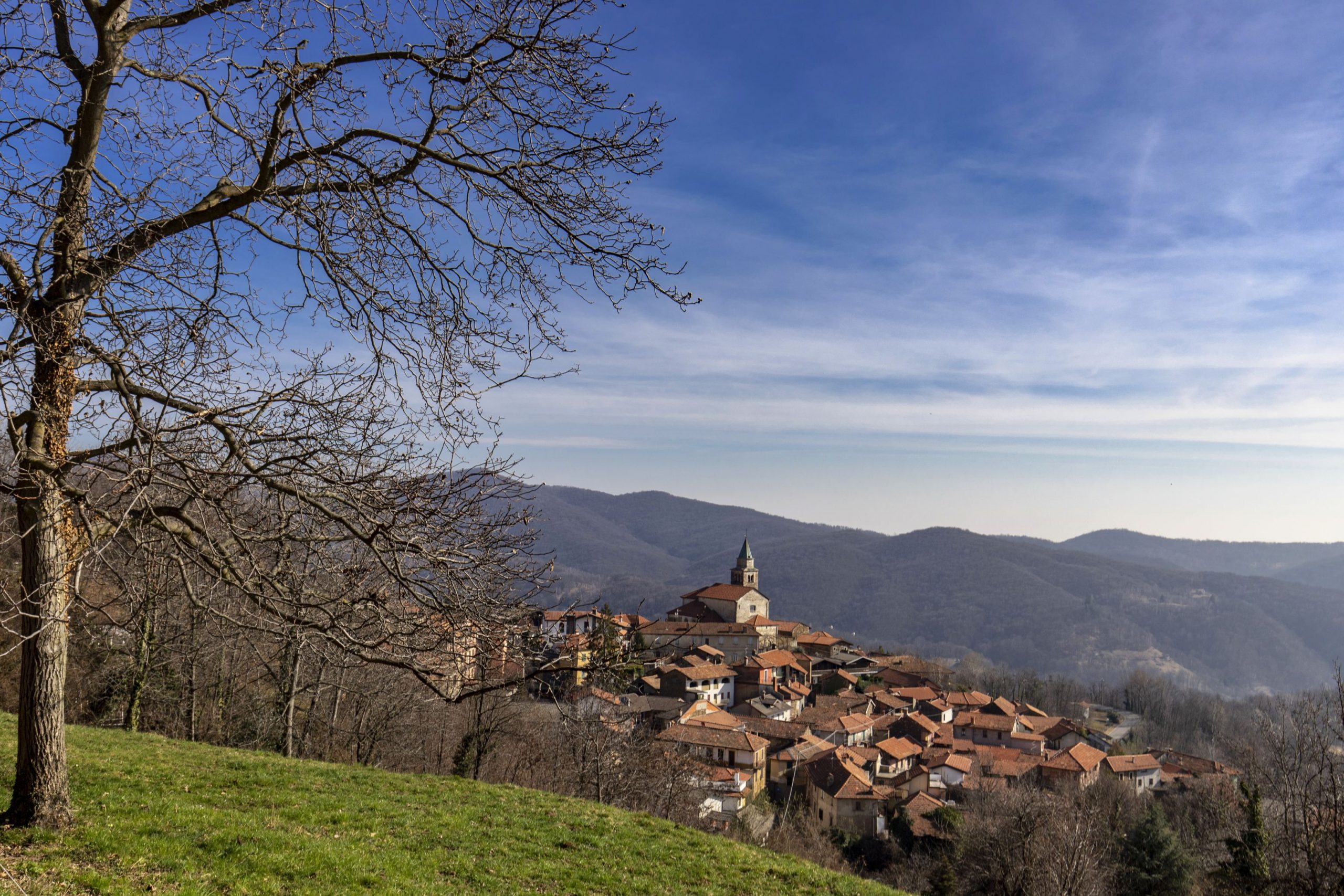 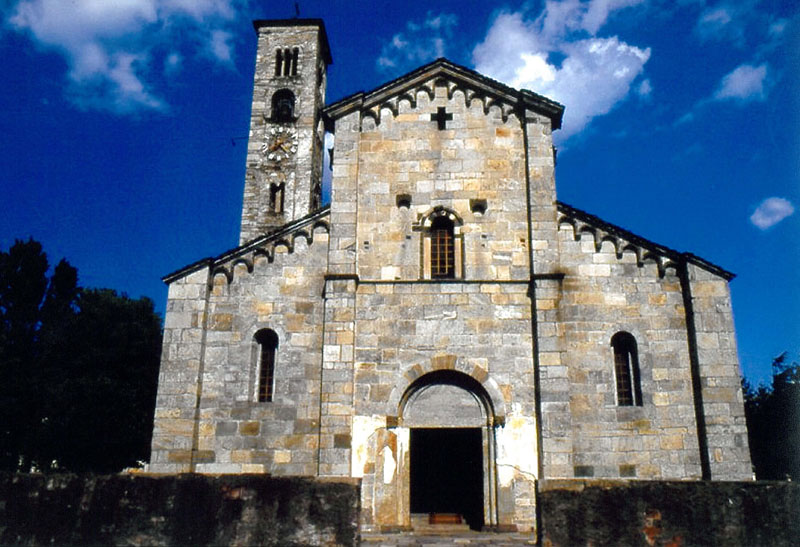 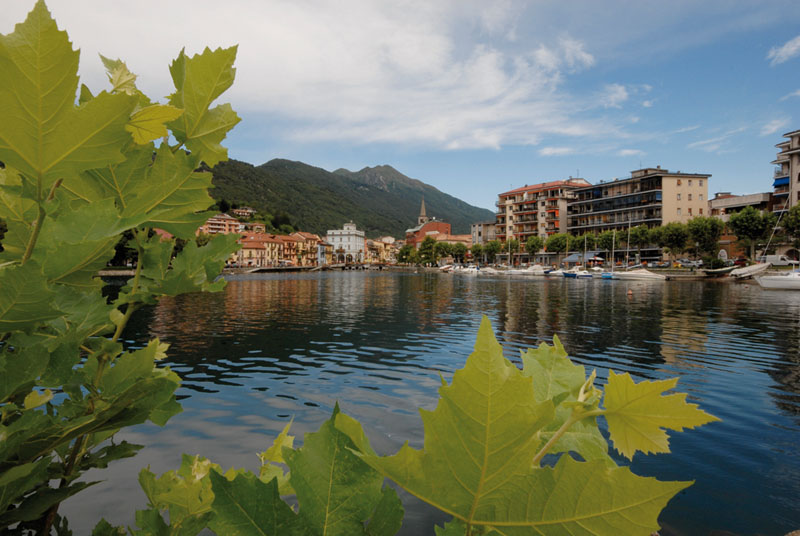 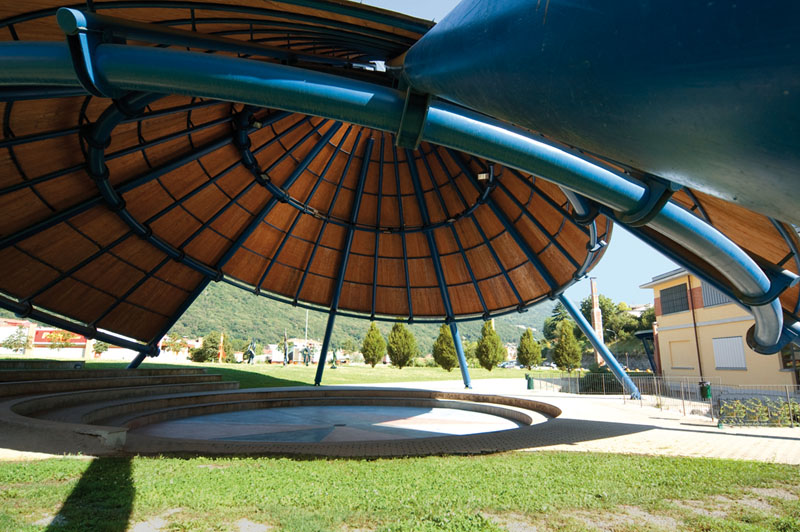 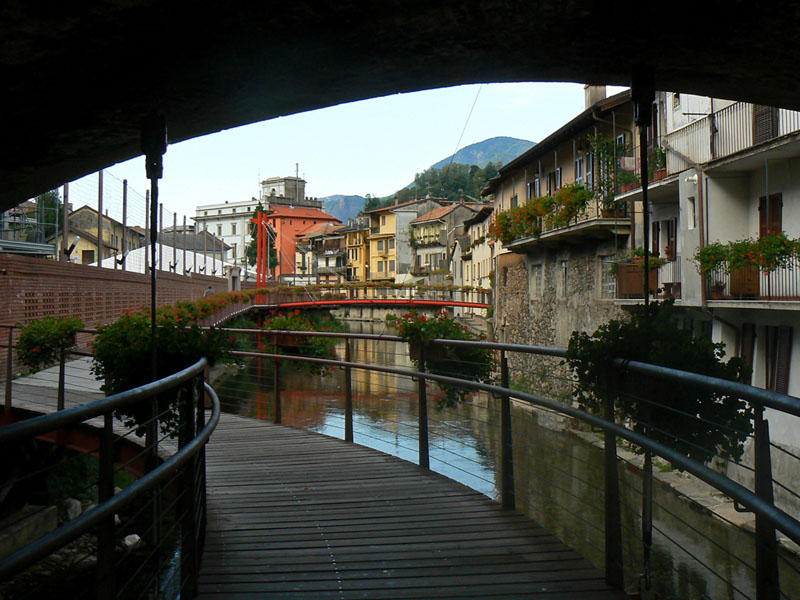 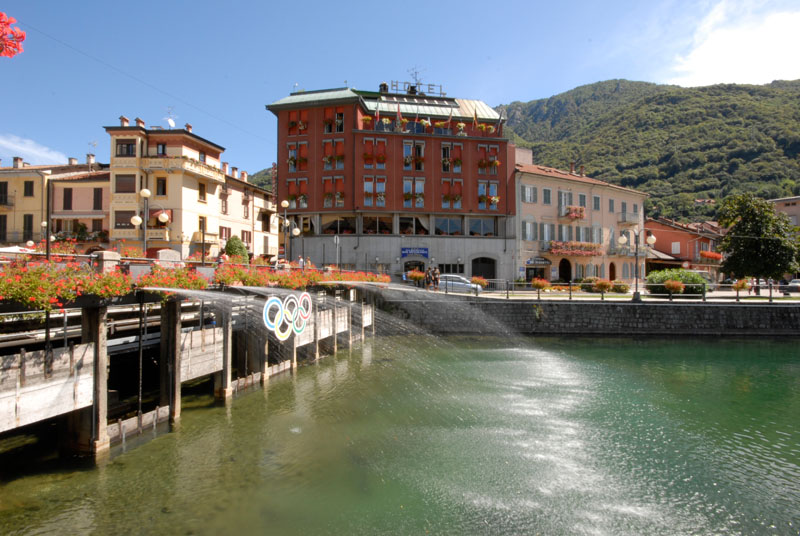 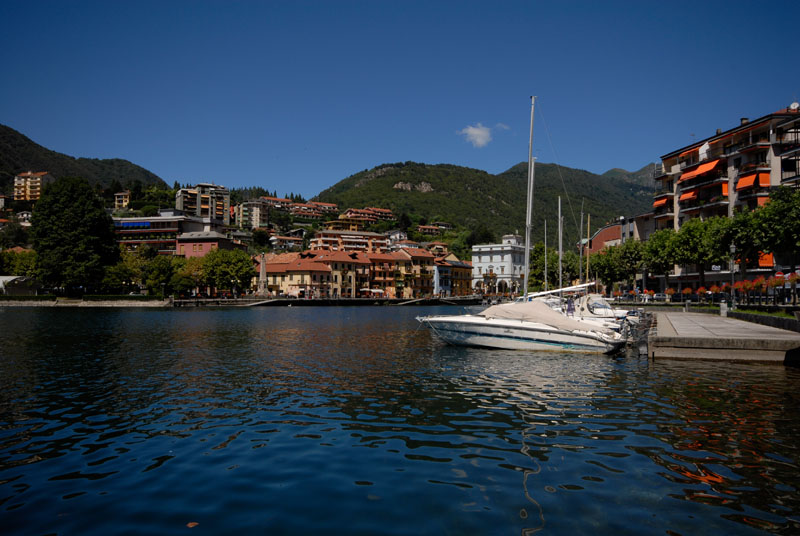 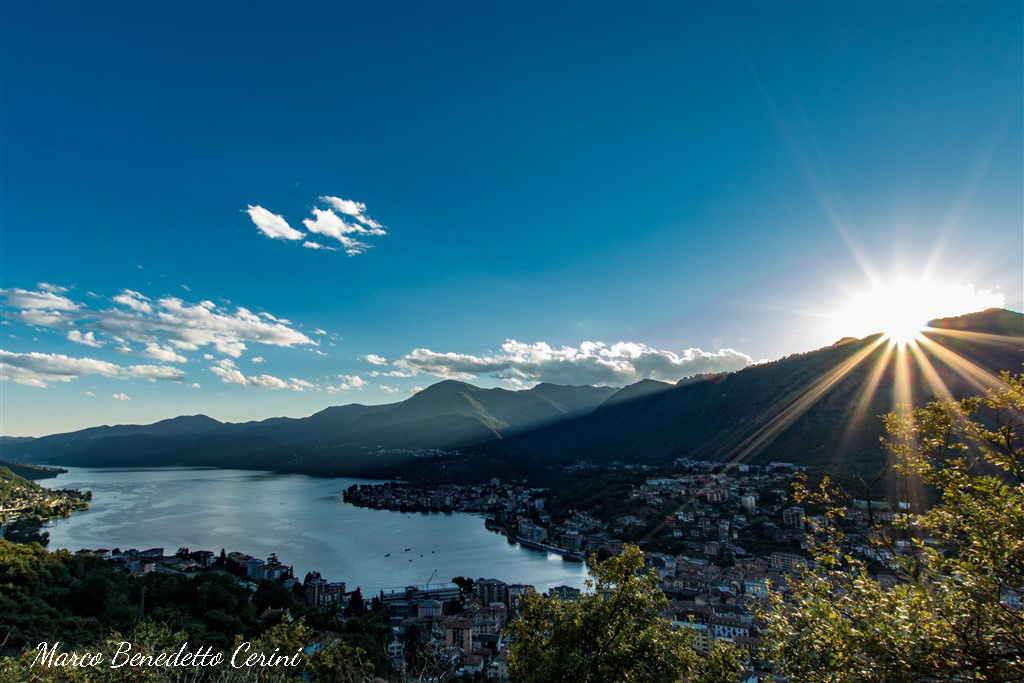 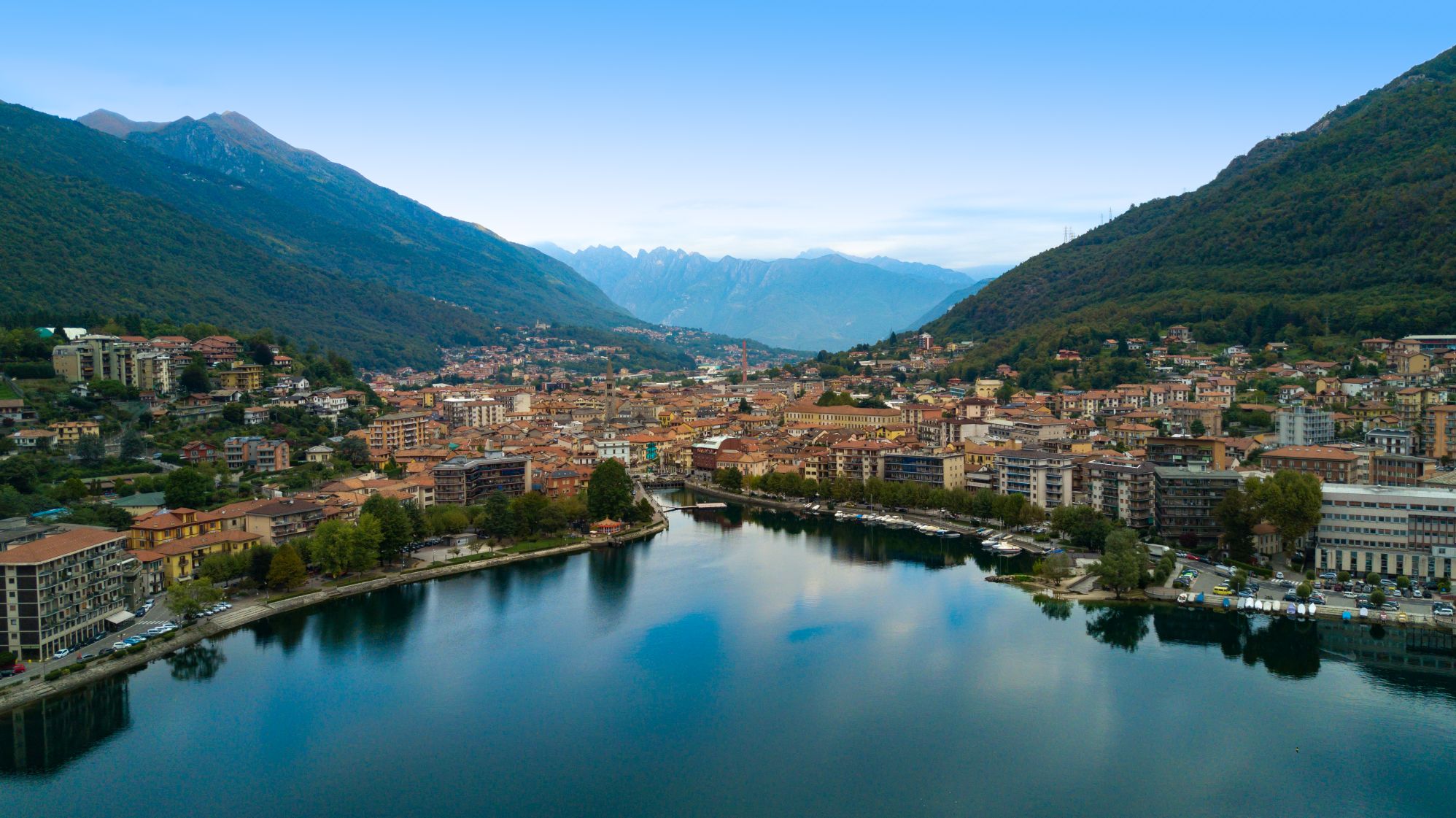 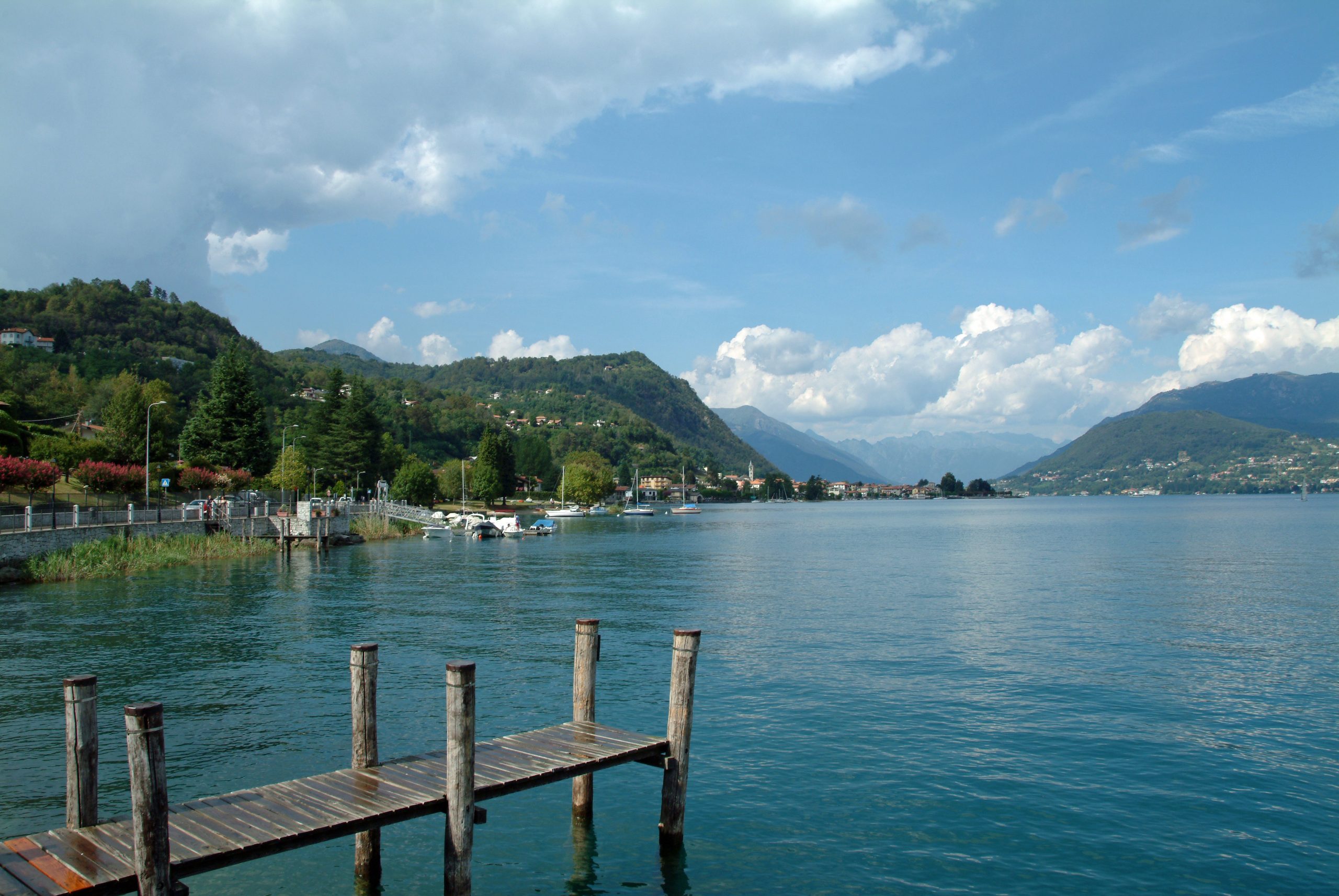 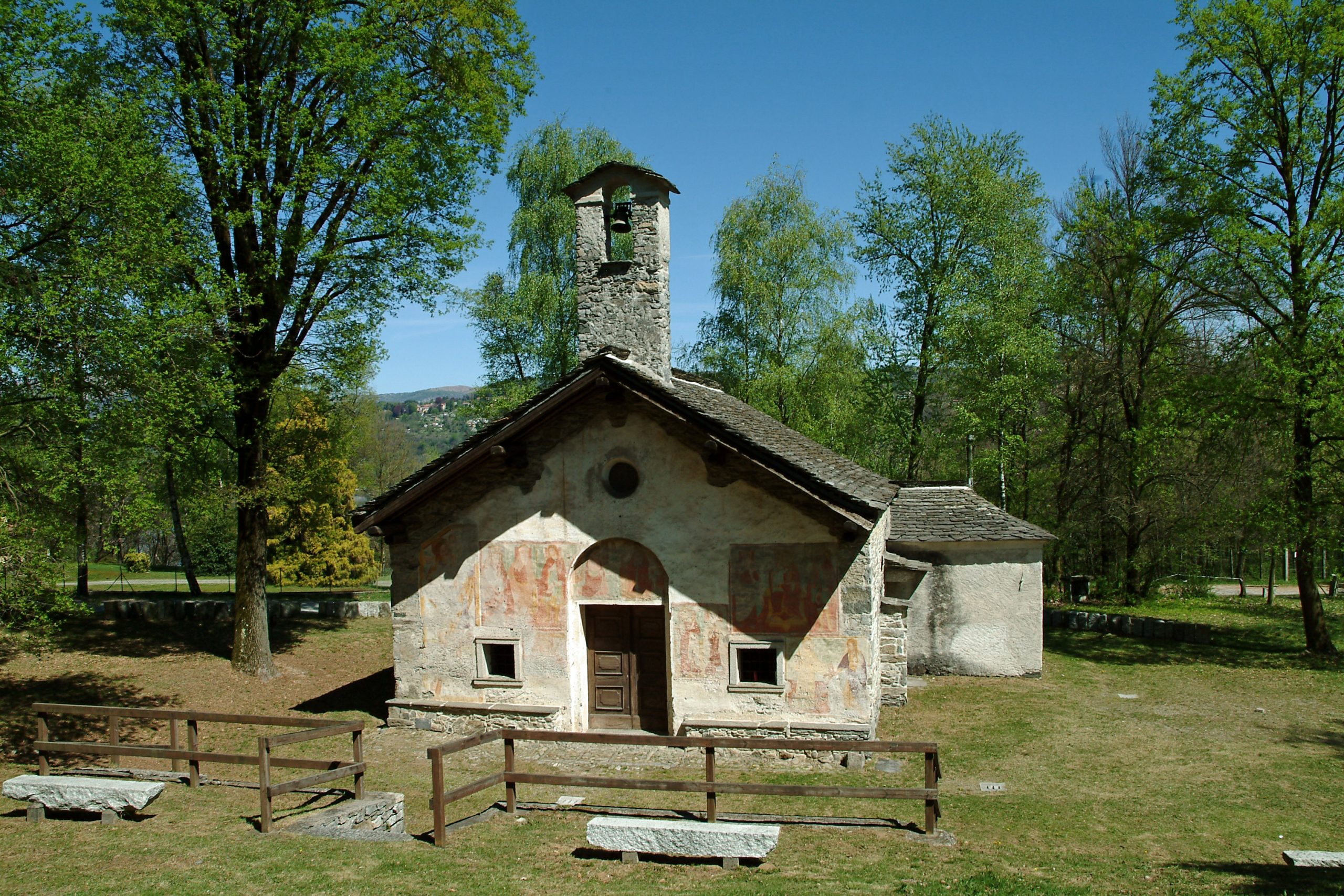 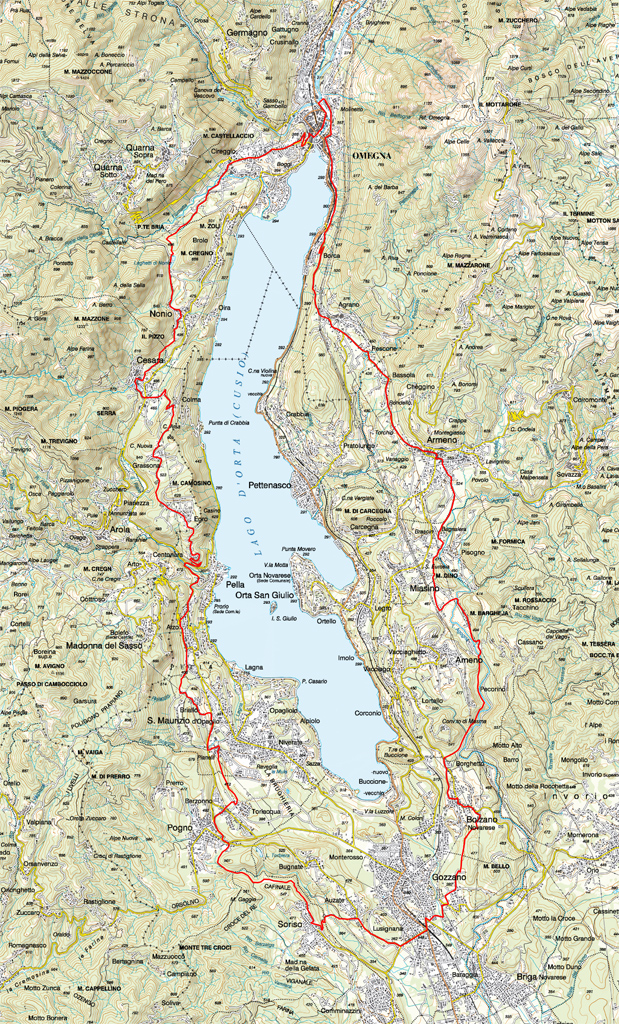 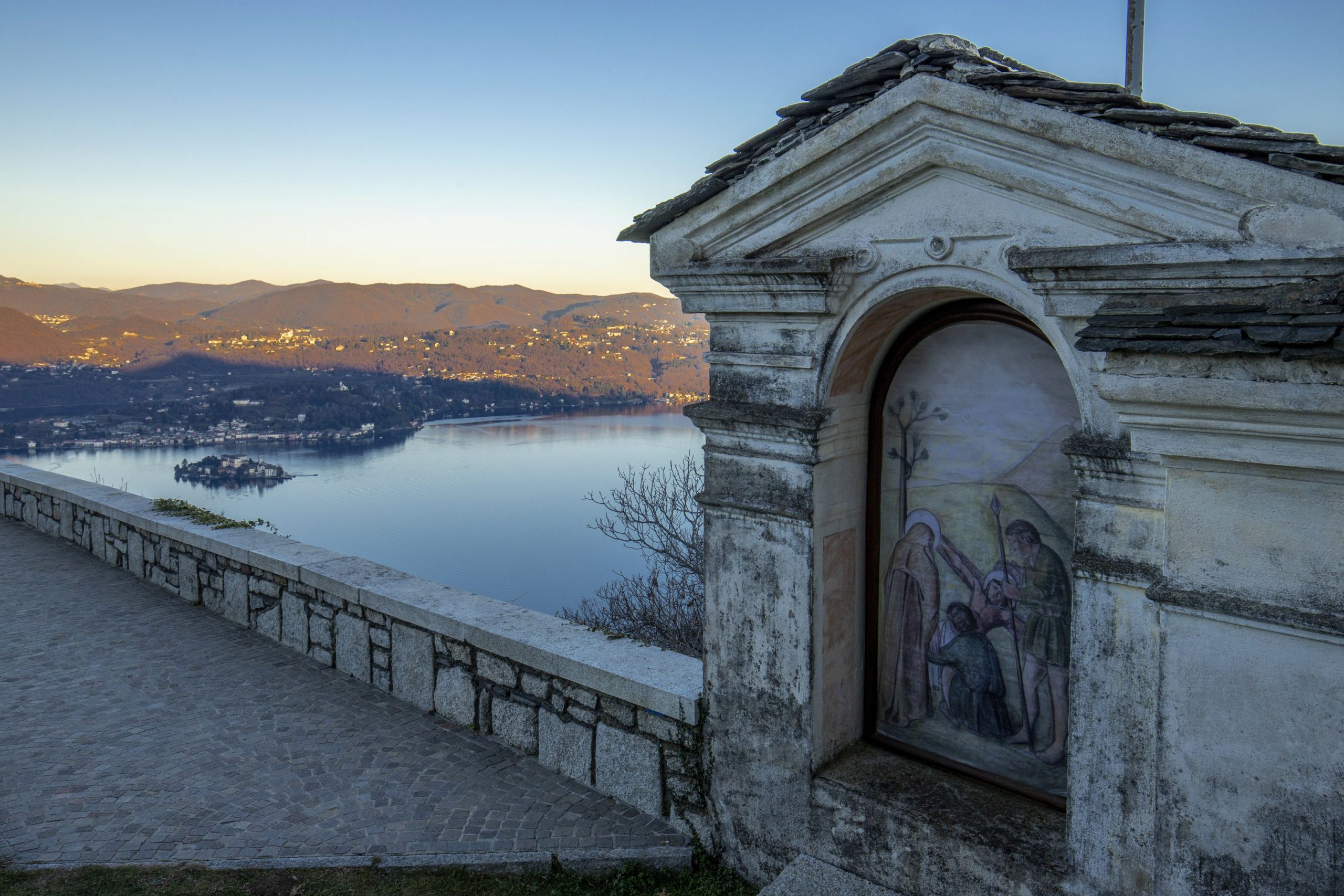 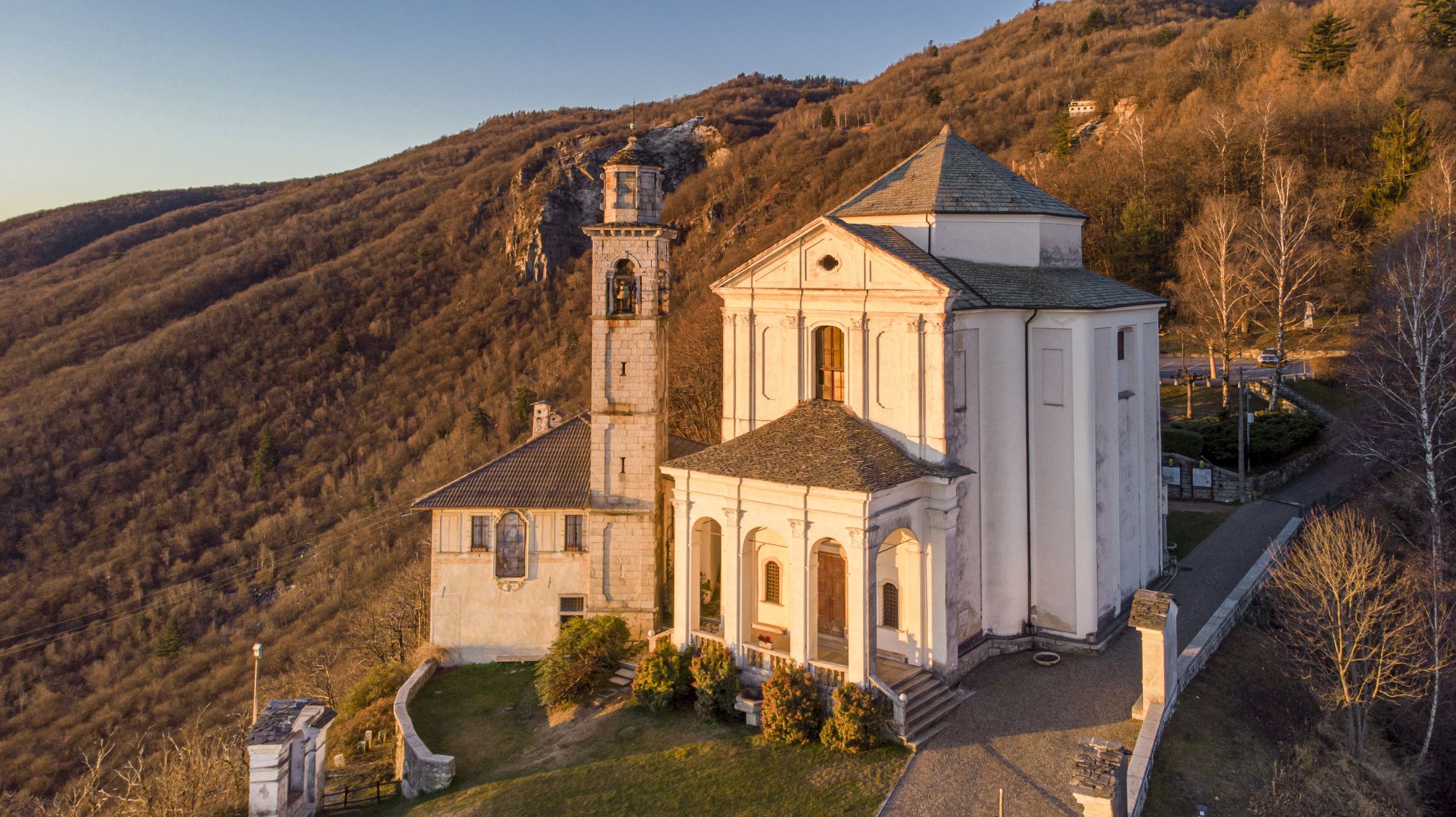 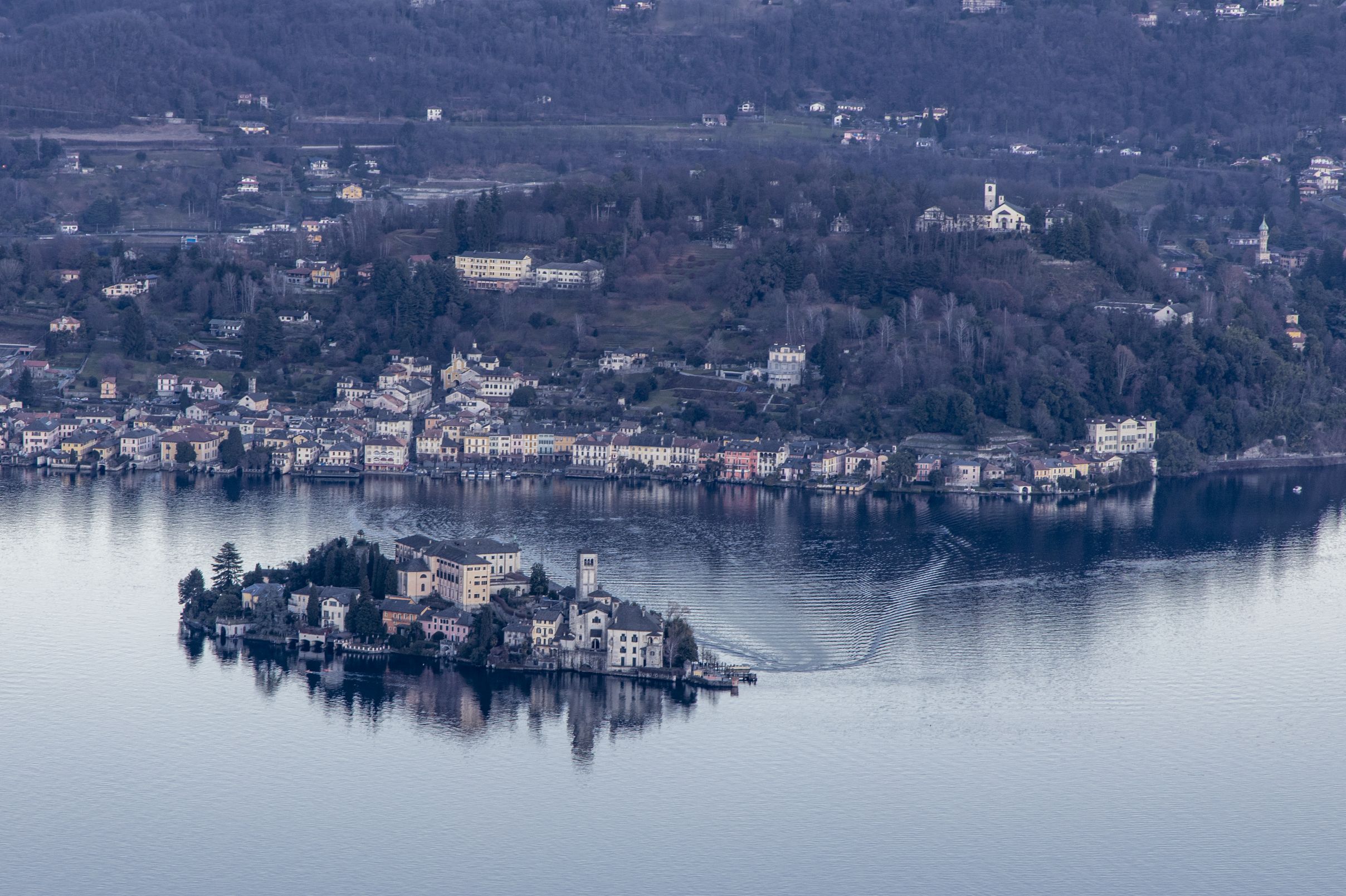