“FERRATA DEL LAGO”, AN ENCHANTING LANDSCAPE BETWEEN ITALY AND SWITZERLAND

Origins of the Via Ferrata of the Lake

On March 26, 2002, at the Casa Alpina owned by the Italian Alpine Club of Villadossola, mountain guides Beat Burgener and André Zurbriggen; Diana Zurbriggen, Chairperson of Saas Valley’s SAC; Italian mountain guides Franco Farioli and Tabarini; Sergio Rossi, Chairperson of Villadossola’s CAI; Renato Boschi, Hiking Manager, and Alpine rescuer Giulio Frangioni met to review the possibility to create a via Ferrata that would lead to the Bottarello Pass. The goal of the initiative was to join the two Andolla mountain huts on the Italian side and the Almagellerhutte one on the Swiss side to improve the occupancy of the huts and grow the friendship between the mountain regions of Italy and Switzerland and enjoy the enchanting and characteristic landscape.

The “project” was born and discussed to find the best way to implement it, respecting all the bureaucratic and safety requirements.

On April 29, 2002, a permit request was filed at the municipality of Antrona for the laying of the via Ferrata. The authorization was granted on May 16, 2002.

On May 28, 2002, the documentation was submitted to the headquarters of the Italian Alpine Club for the request for insurance coverage.

Everything was ready to install the anchoring devices and cable, which took place in July 2002.

The “Ferrata of the Lake” was inaugurated on July 5 and 6, 2003, to celebrate the 50th anniversary of the Andolla hut.

A large group of Swiss and Italians met on July 5 at the Andolla hut for the evening celebration. On the morning of July 6, they headed to enjoy the Ferrata. At the Bottarello Pass, they attended the Mass and blessing of the route. The event took place in an atmosphere of extraordinary camaraderie.

In the evening, the celebrations continued at the Almagellerhutte hut with wine and cheese before saying goodbye to the fellow climbers who were descending to Saas Almagell. Since then, the Via Ferrata has been a success among the Swiss. It has already passed the test of four winters and underwent a series of small maintenance operations. It has become a pleasant route to admire the rugged mountains and the distant Lake Maggiore from which it took its name.

“Via Ferrata of the Lake”

A Via Ferrata is a mountain climbing route set on a rocky path fully equipped with ropes, pegs, and steel ladders to allow very experienced mountaineers to test themselves on a vertical wall. Please note that the difference between a via Ferrata and an equipped path is substantial: an equipped path facilitates a dangerous and exposed section of a hiking trail but not to go past stretches of wall. The “Via Ferrata of the Lake” was created to facilitate the connection between the huts of Andolla, on the Italian side, and Almagellerhutte on the Swiss side, thus allowing touring the entire Pizzo Andolla. No international code of difficulty has been set yet regarding via Ferrata routes, but the number of routes available and the quantity of information being created is leading to a definition of difficulty. According to the “Sicuri in Ferrata” booklet published by the Lombardy chapter of the C.N.S.A.S. the “Ferrata of the Lake” falls within the definition of the PD level (not too difficult) – a rather articulated route, with channels and chimneys, vertical stretches, and exposed sections; generally equipped with a cable or chain, pegs and/or fixed metal ladders. Note – Additional key variables that can affect the difficulty level are bad weather, rain, snow, wind, and hail. These weather events can make even not difficult routes extreme. It is also necessary to keep in mind the time required to face the route, since time may increase general fatigue risk.

To face the via Ferrata, it is mandatory to wear:

Ferrata set containing: an energy absorbers, two pieces of rope with a 0.5 cm diameter and 3.5 m and 1.5 m long respectively, two snap hooks with a wide base and snap ring with clip.

Avoid thunderstorms – In the evening, before the trip, pay close attention to the weather forecast.

Avoid traveling in pairs on the same stretch. 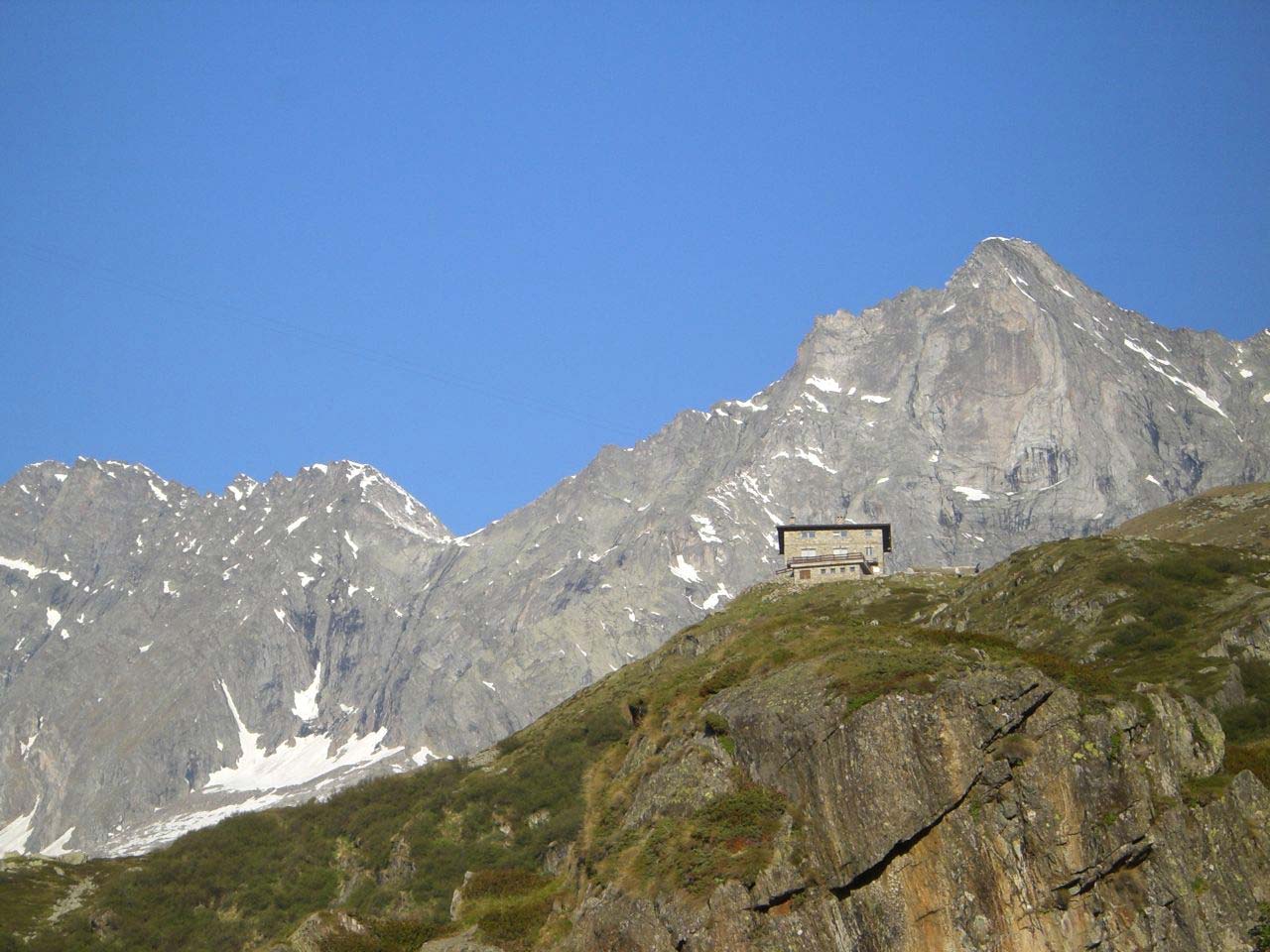 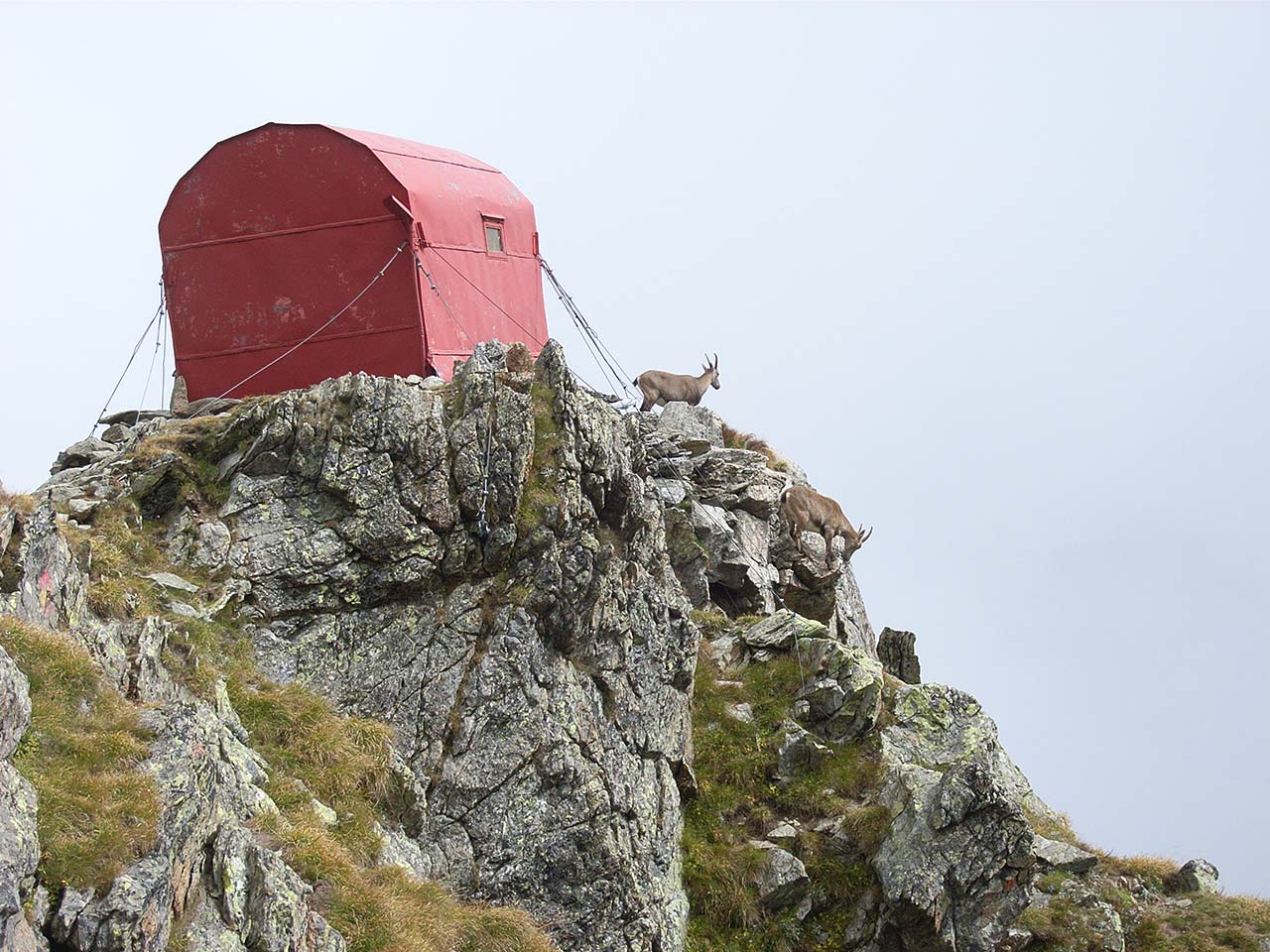 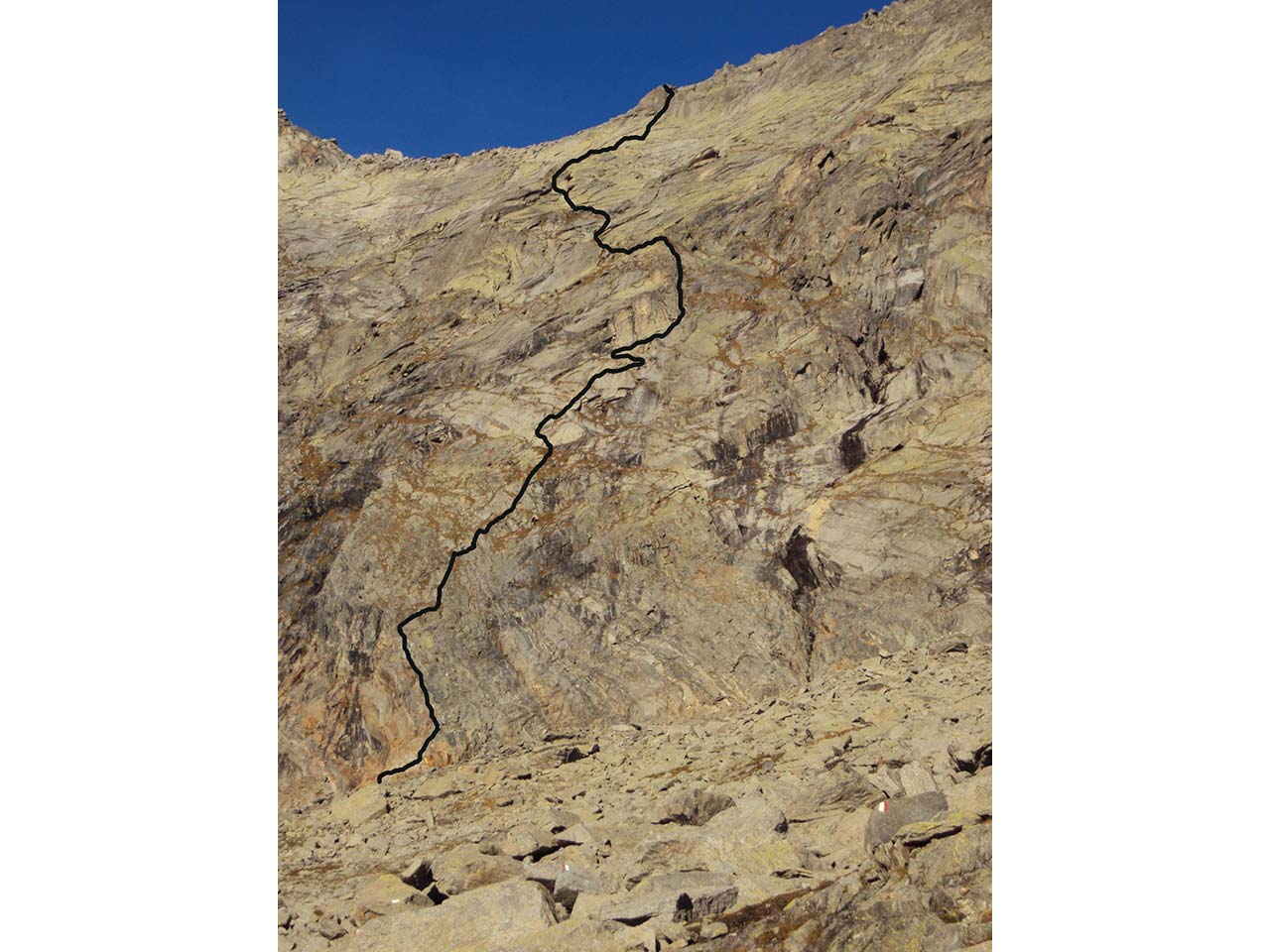 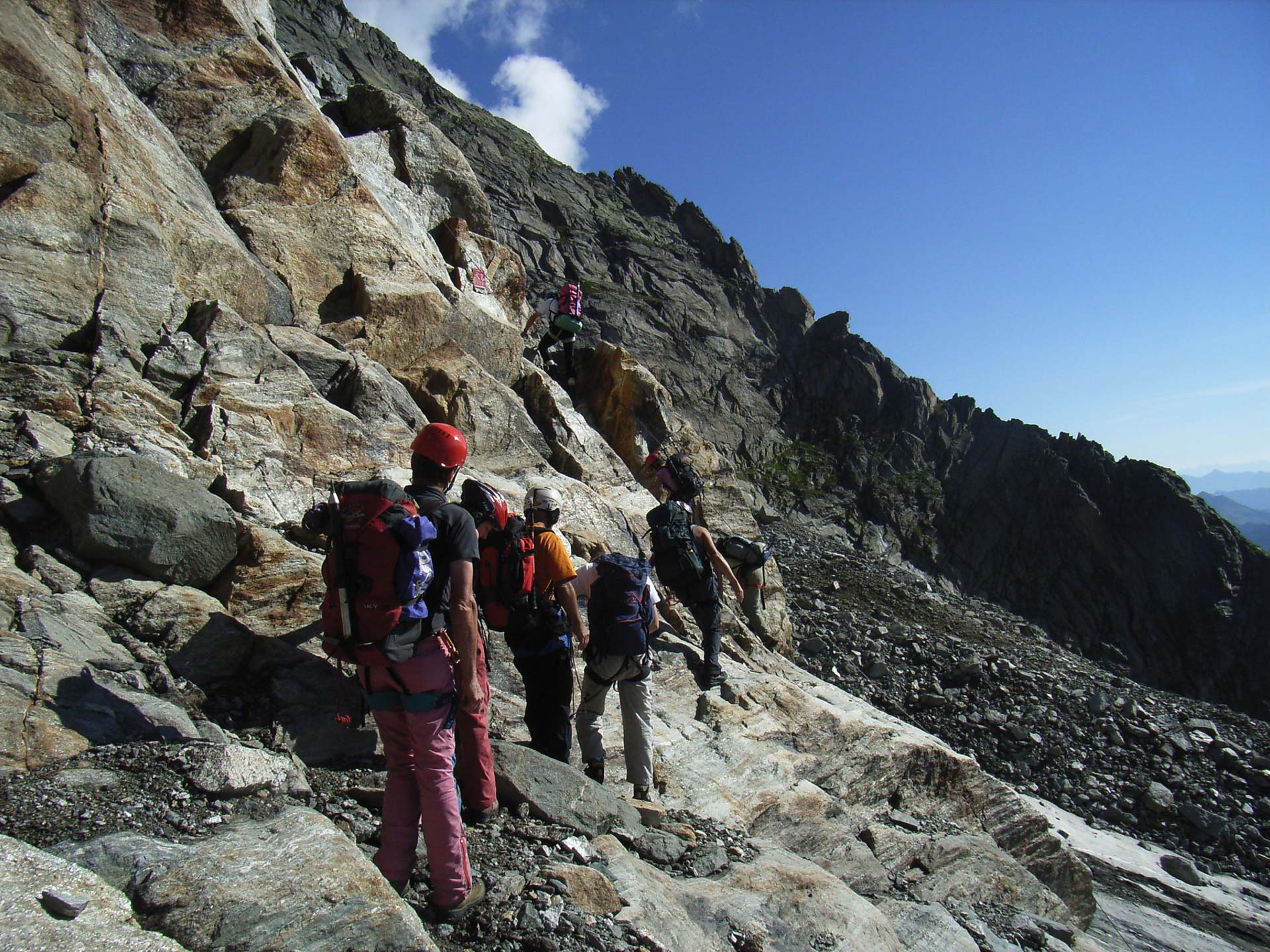 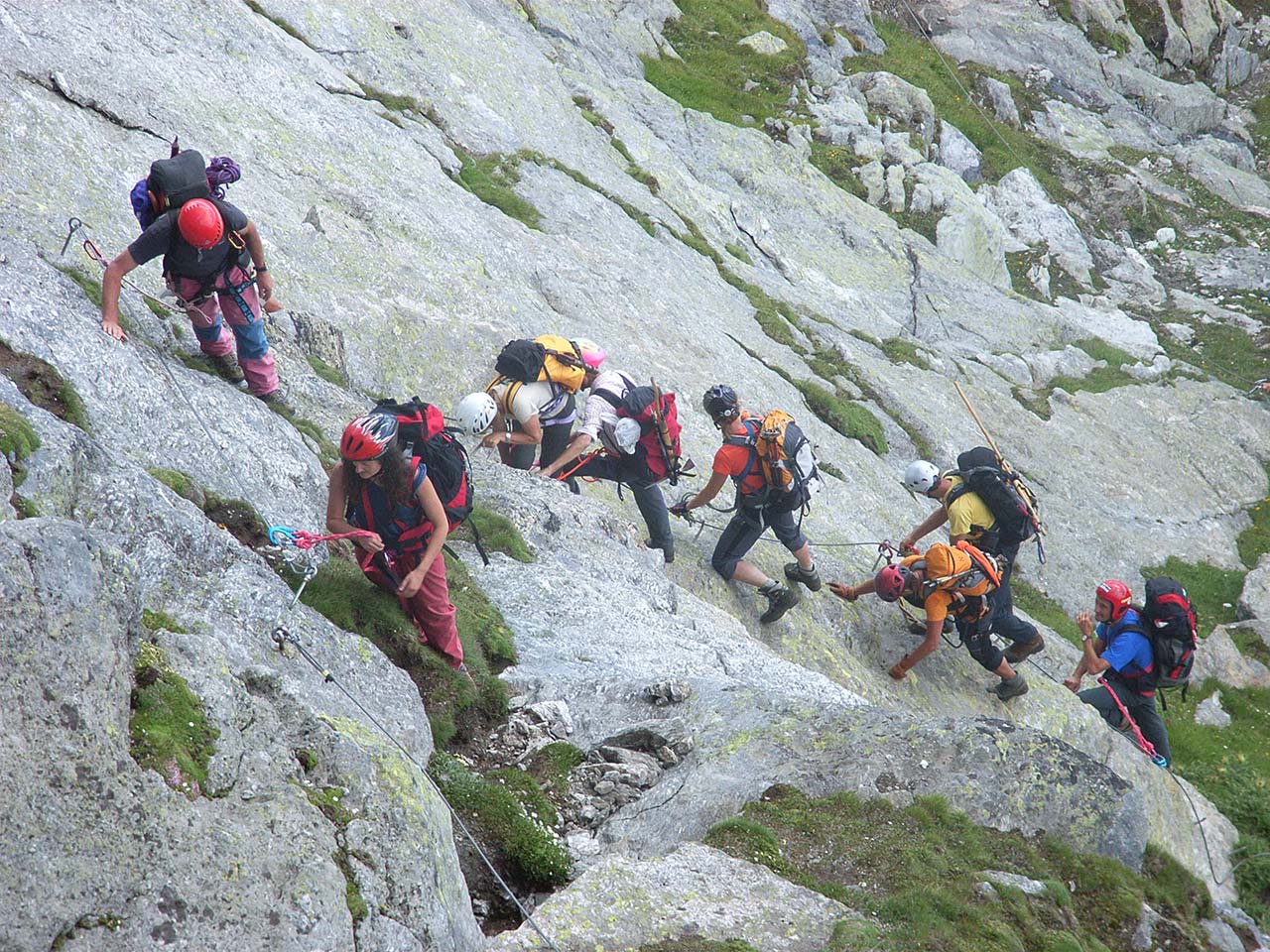 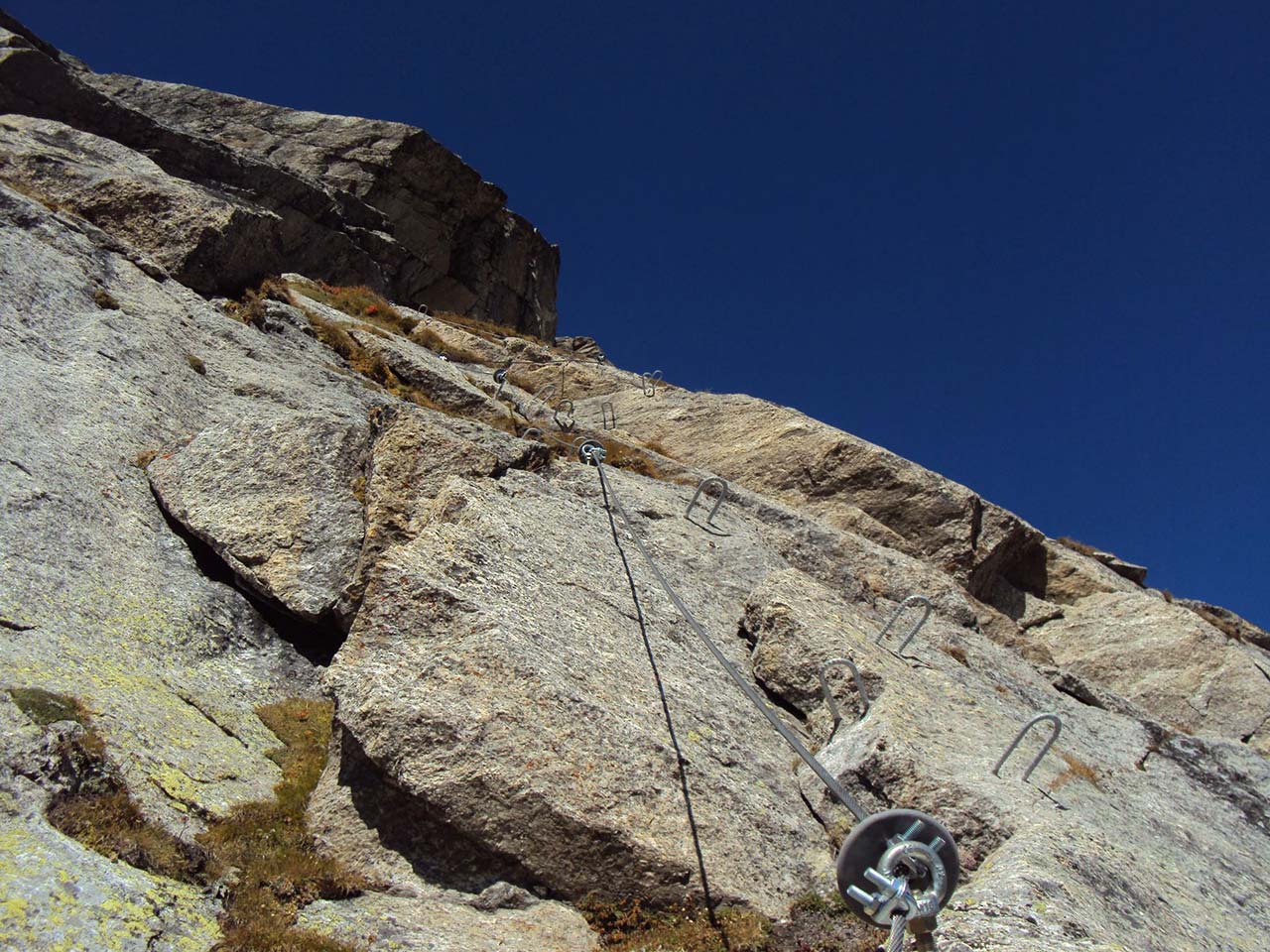 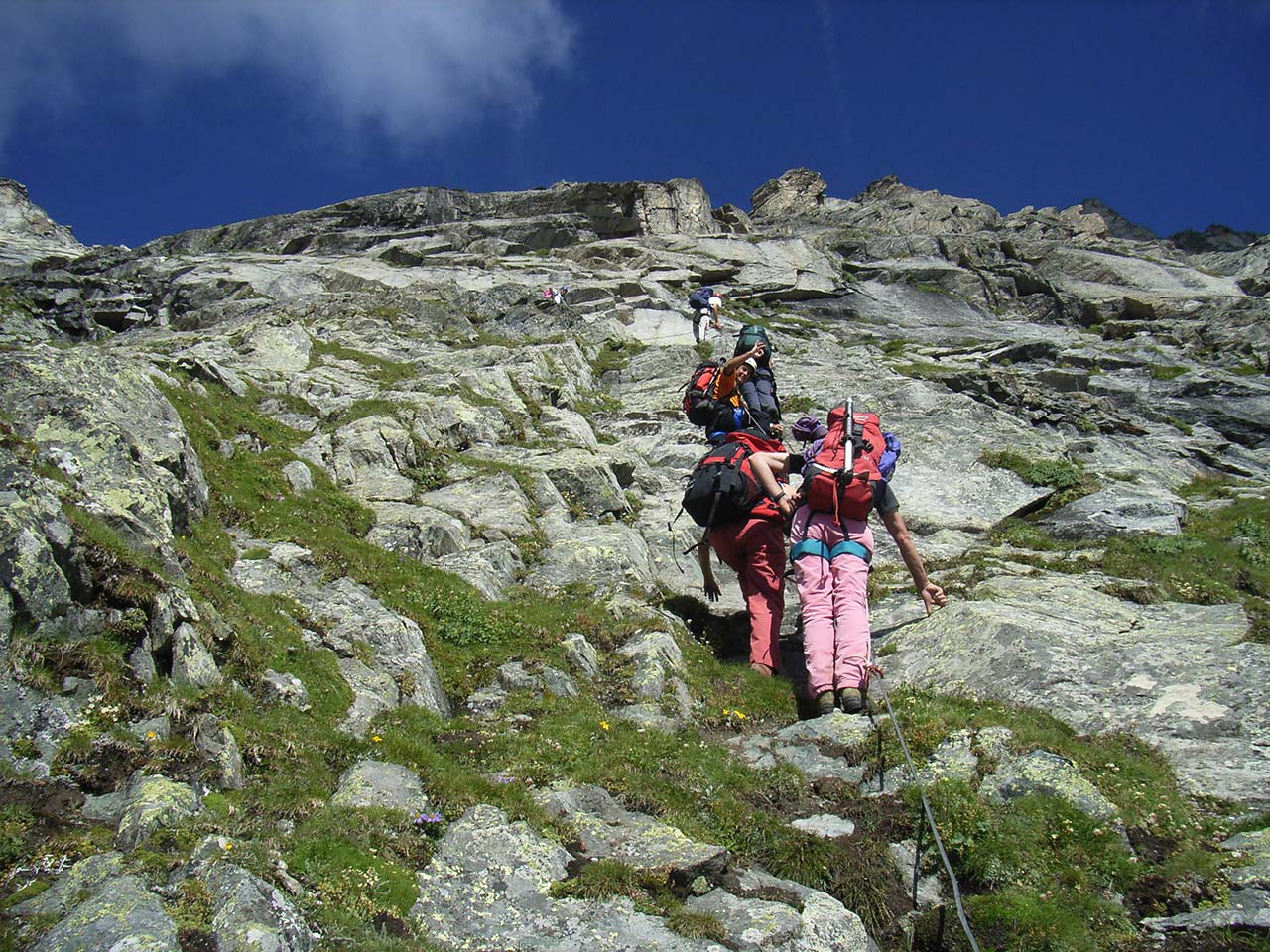 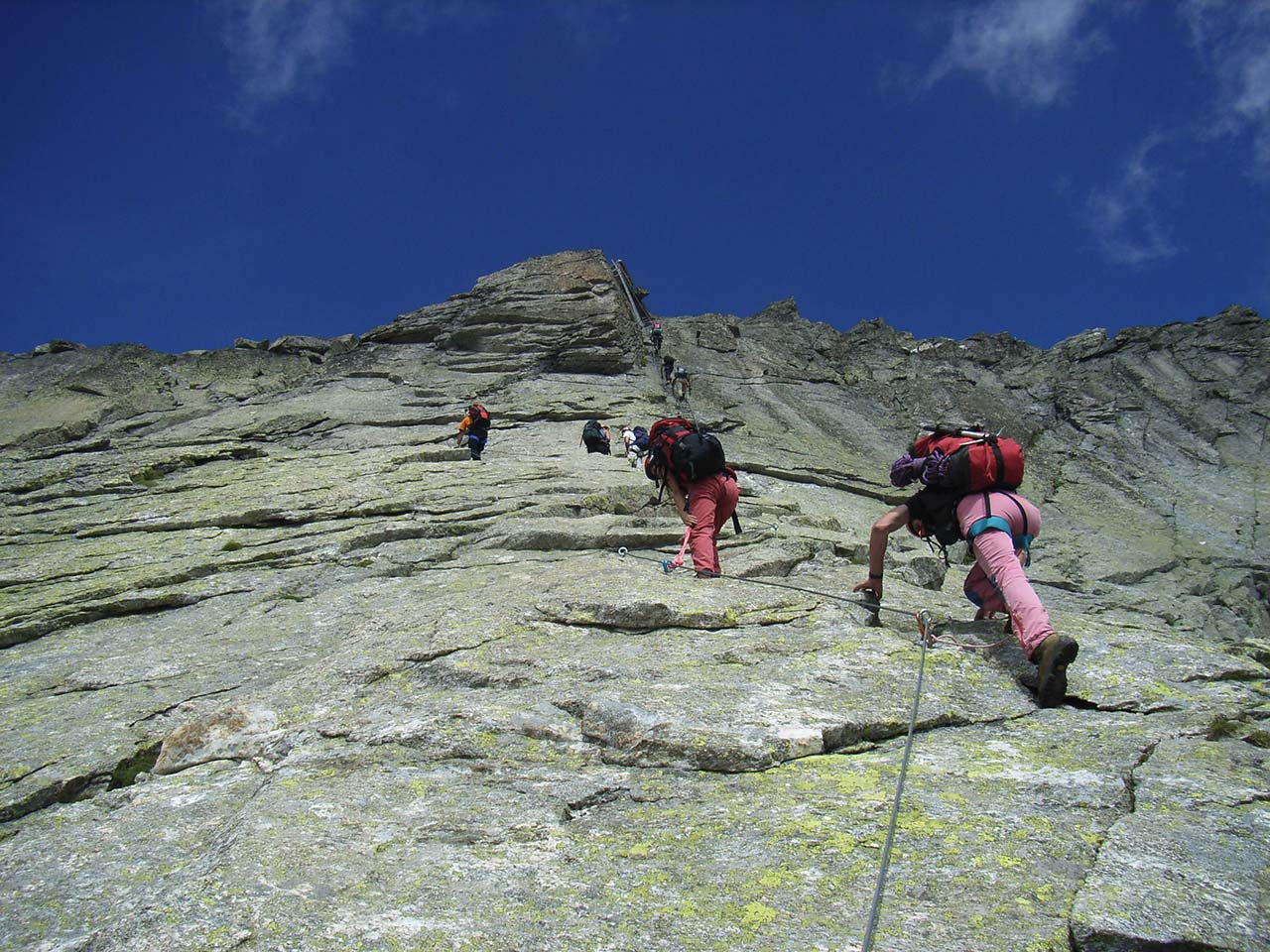 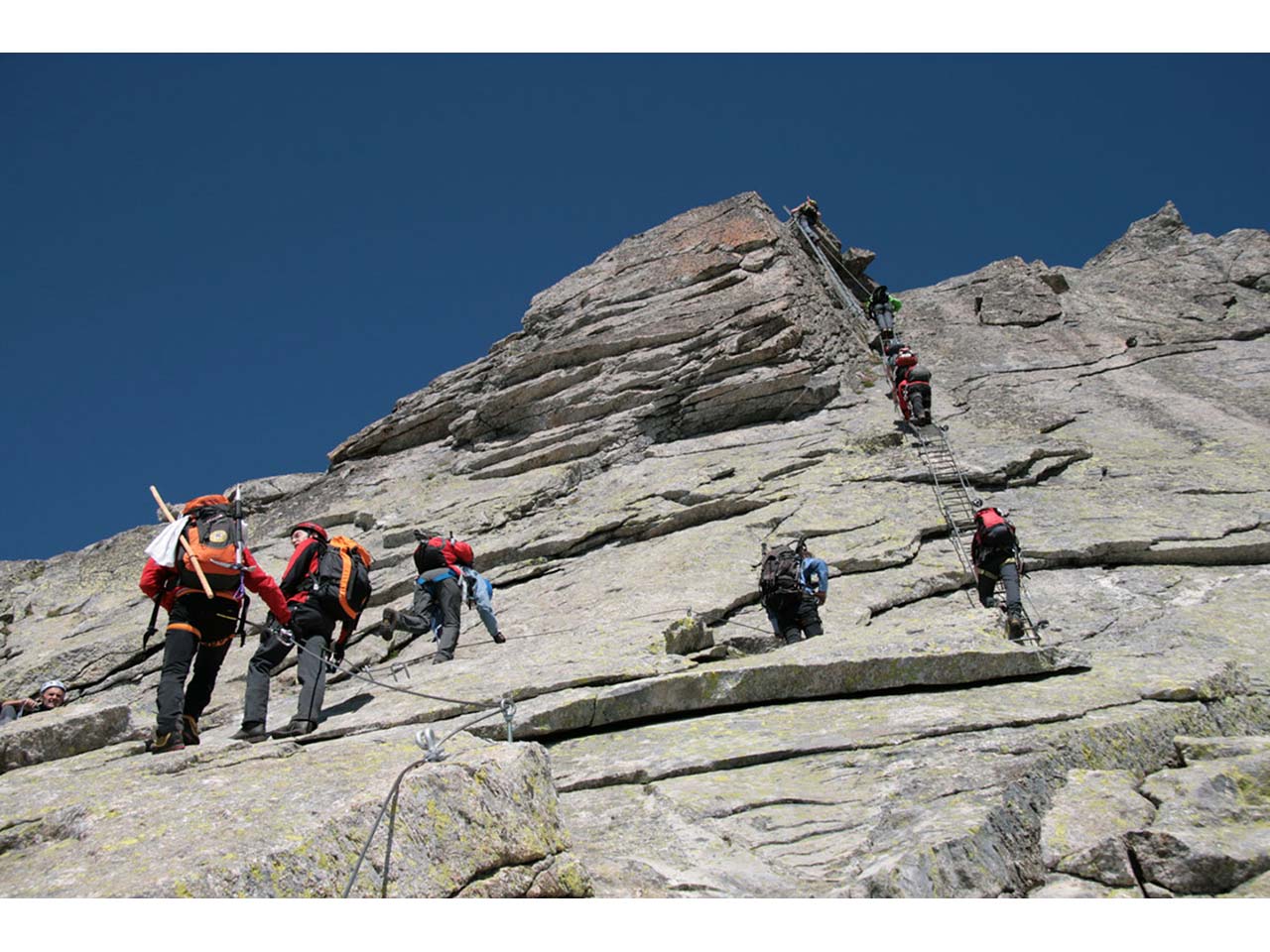 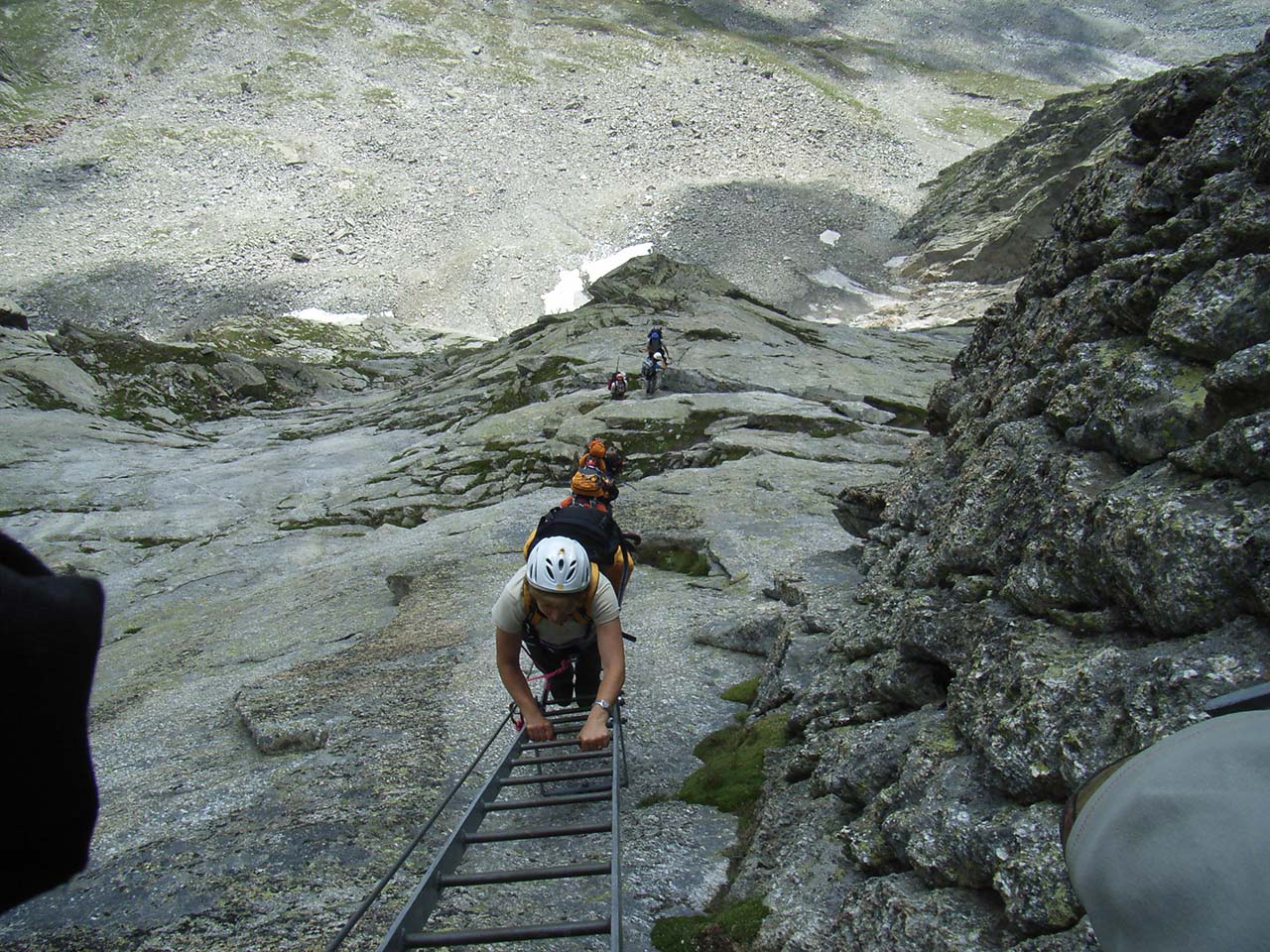 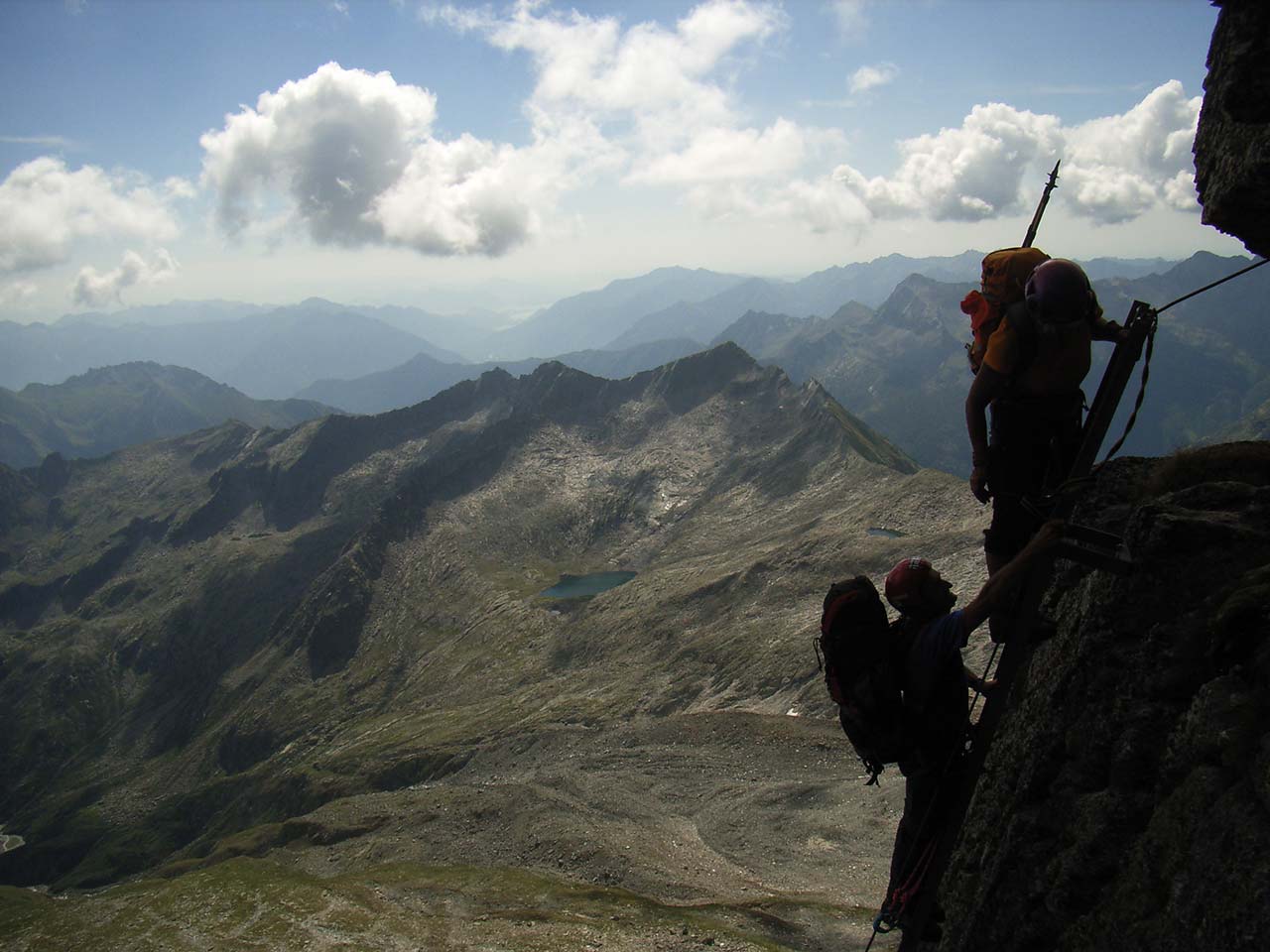 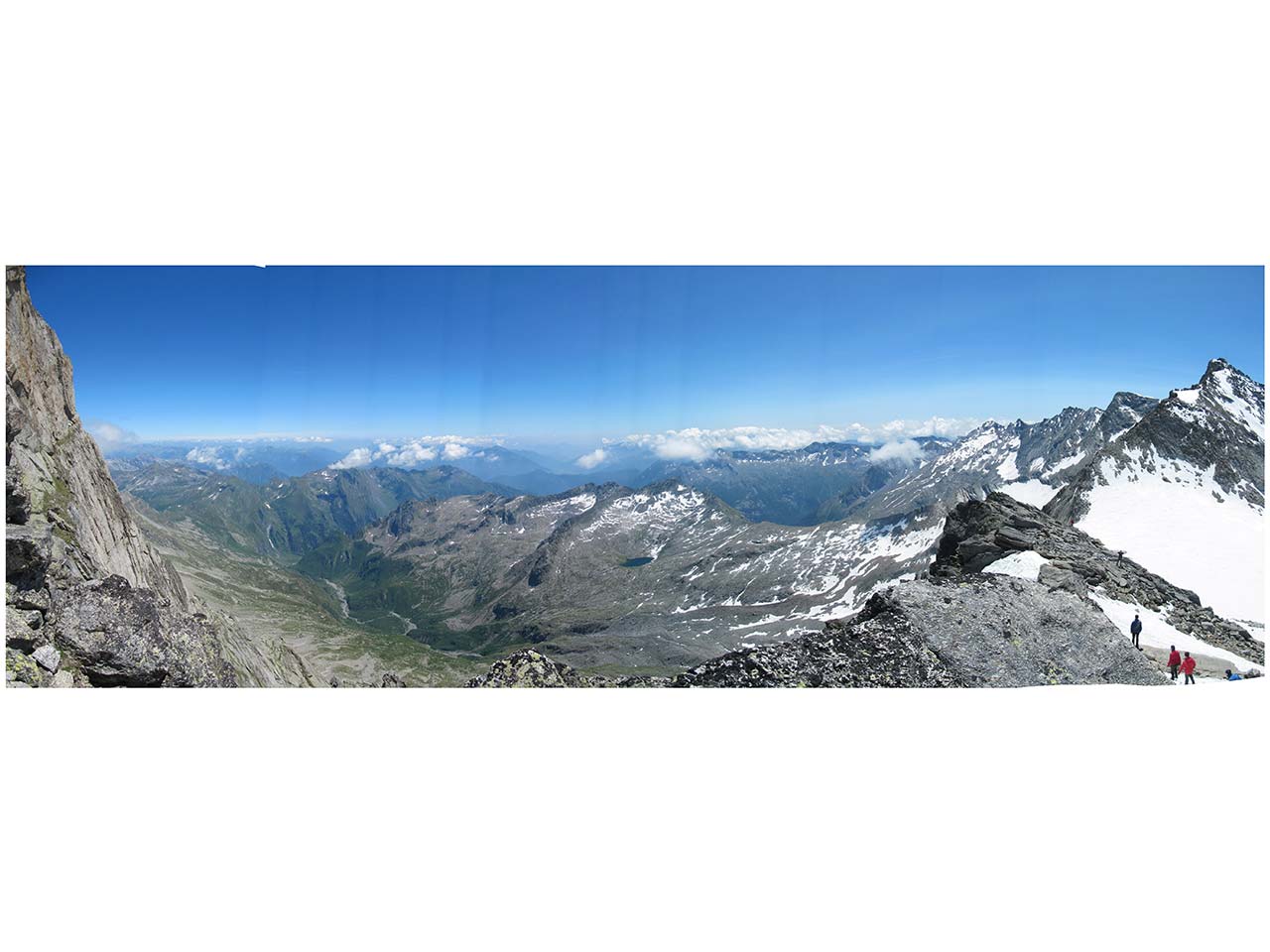 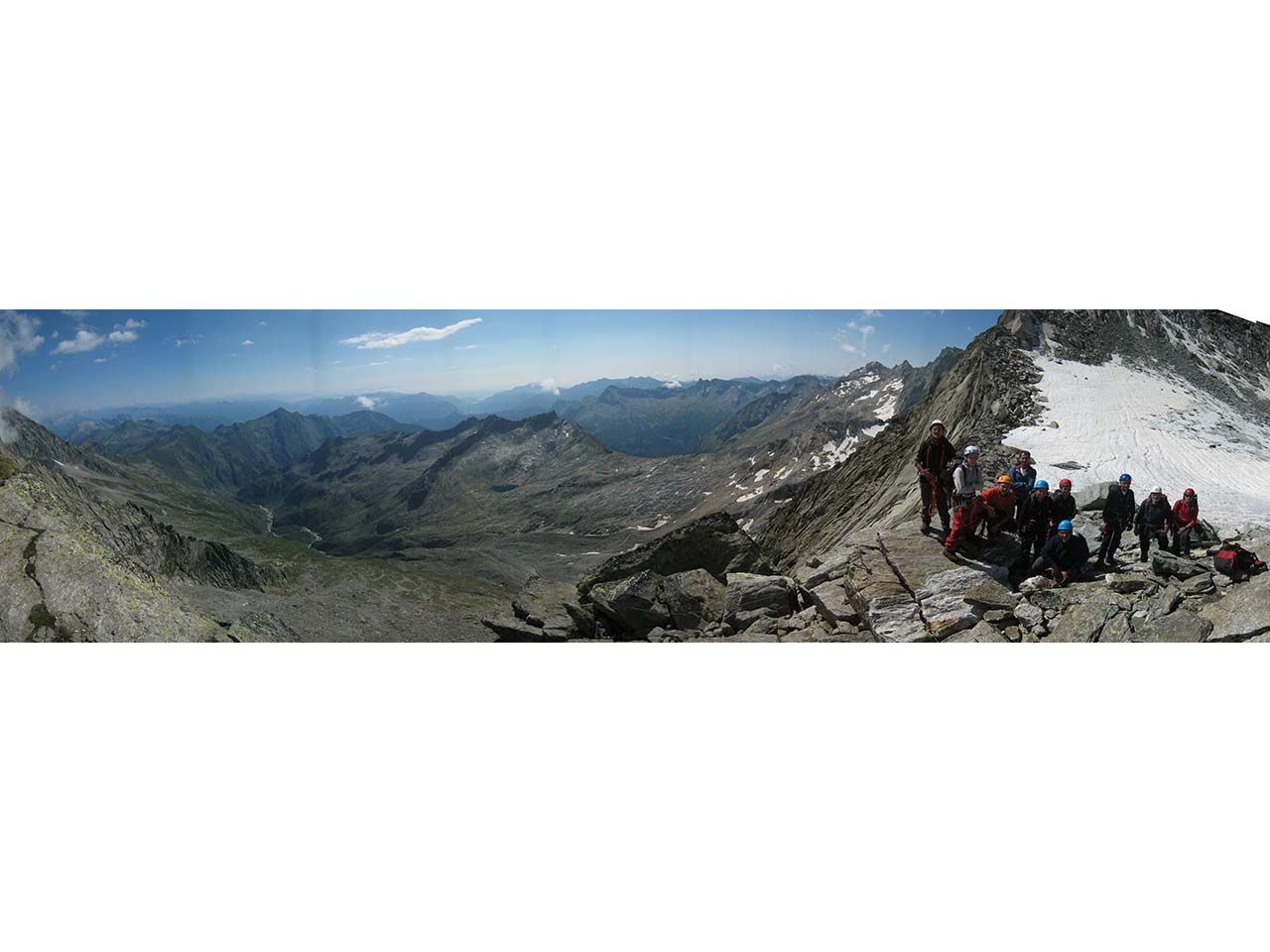 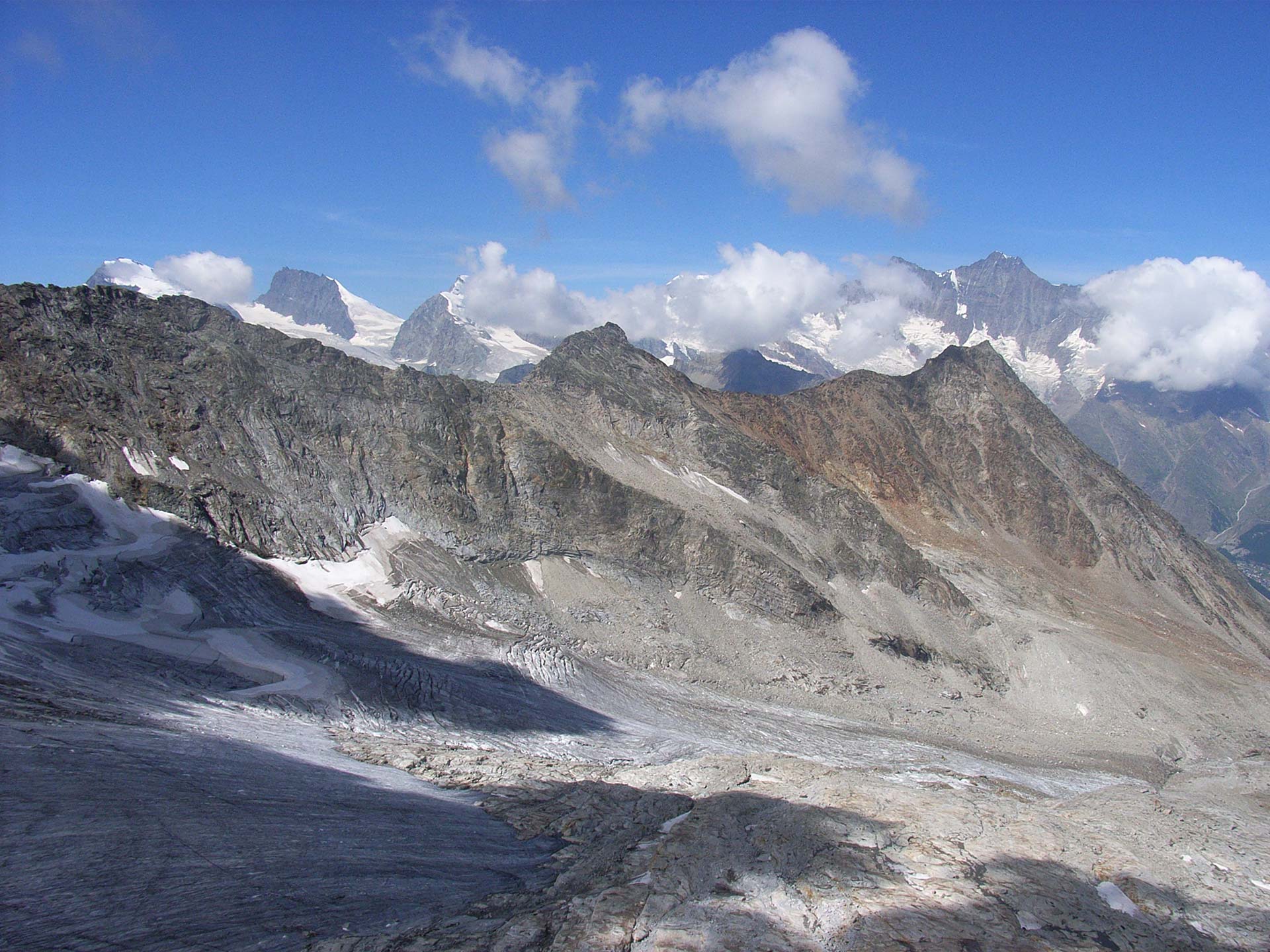