The route starts from Vogogna

The route starts from Vogogna and takes you to Ornavasso passing through the central part of the Toce river valley amid cultivated fields and woods of the plain. You cross Bosco Tenso (Tenso Woods), a WWF reserve established in 1990 by the Municipality of Premosello and the WWF section of Verbania to protect the last residue of lowland forest in the Toce river valley which once covered the entire Ossola Valley and is now drastically reduced and fragmented. The area is important for its abundant and varied bird life including both resident and migratory species. The reserve has a series of information boards that describe the animal species present in the area.

From the historical centre of Vogogna you descend alongside the river, pass under the railway line and turn left passing under a green railway bridge green and then follow Via Calami (picnic area with tables and benches). At the crossroads turn left and cross the small bridge over the river and then at the turn right and continue straight on for more than 300 m on Via Piano di Vogogna. At the end of the road go straight on following the little country road, turn left and immediately before a railway underpass you turn right and continue until the road becomes a cycle path. The beautiful relaxing path continues through meadows, crops and majestic trees until you reach and cross the WWF Bosco Tenso Reserve. The path ends just before the railway underpass. From here there are two options for continuing:

1. Take the railway underpass and then the provincial road. Continue along this road and after about 900 m in the direction of Cuzzago and immediately after the bridge over a river alongside take the first underpass on the right and follow the farm road to Cuzzago.
2. Instead of taking the underpass, turn right, go alongside the railway and follow a farm track for about 1 km which brings you to the area where the Toce River and a tributary (Rio Crotta) join. Go down and ford the river, which is almost always dry and climb on the other side until you reach the farm track that arrives from the railway underpass and then continue to Cuzzago. If it rains in the preceding days the following route is recommended.

The farm track continues through fields of maize. It is often very sandy and wheels with a good grip are necessary (mountain bike recommended). After periods of rain the track is very muddy. After arriving at the underpass which leads to the railway station of Cuzzago you can head toward the town for a visit or turn right and continue until you come to the provincial road that leads from Cuzzago to Bridge of Migiandone. From here there are no alternative roads so you have to follow the provincial road paying attention to the traffic. The traffic is actually never very intense because it is absorbed by the nearest highway. You then cross the bridge of Migiandone and along the road you come to Punta Migiandone, with the large square easily recognisable with its two imposing cannons that mark the beginning of the pedestrian paths of the Cadorna Line. From the square you take the path which, in a few months time, will become a cycle path that runs along the foot of the mountain and arrives at Lago delle Rose. As an alternative, from Punta Migiandone you can turn left into a stretch of cycle path (very deteriorated) from which you can see the bunkers at the bottom of the valley belonging to the so-called Cadorna Line and then continue to the Migiandone – Ornavasso straight road. Following the internal roads of the town or the main road you finally come to the centre of Ornavasso. 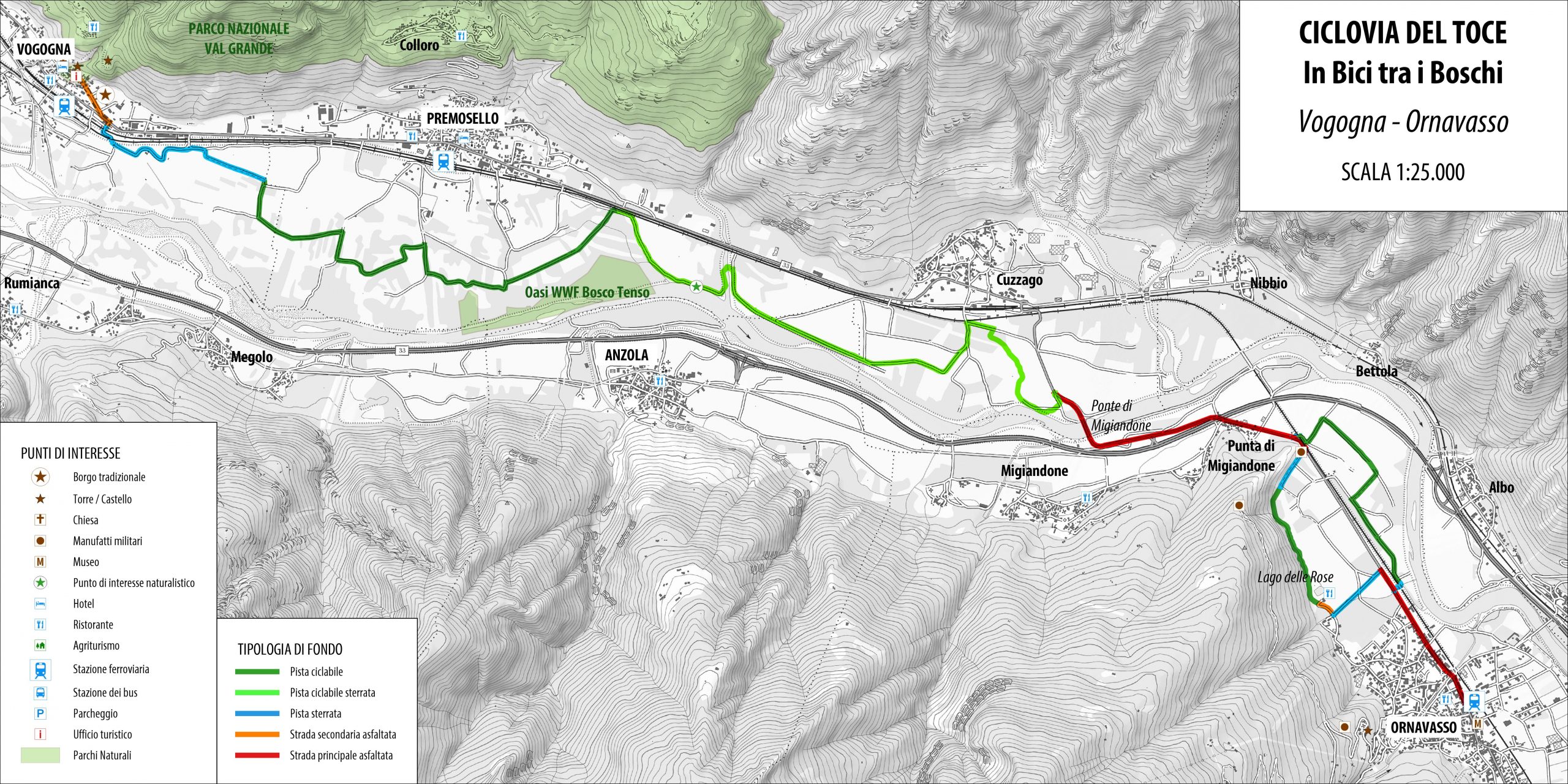 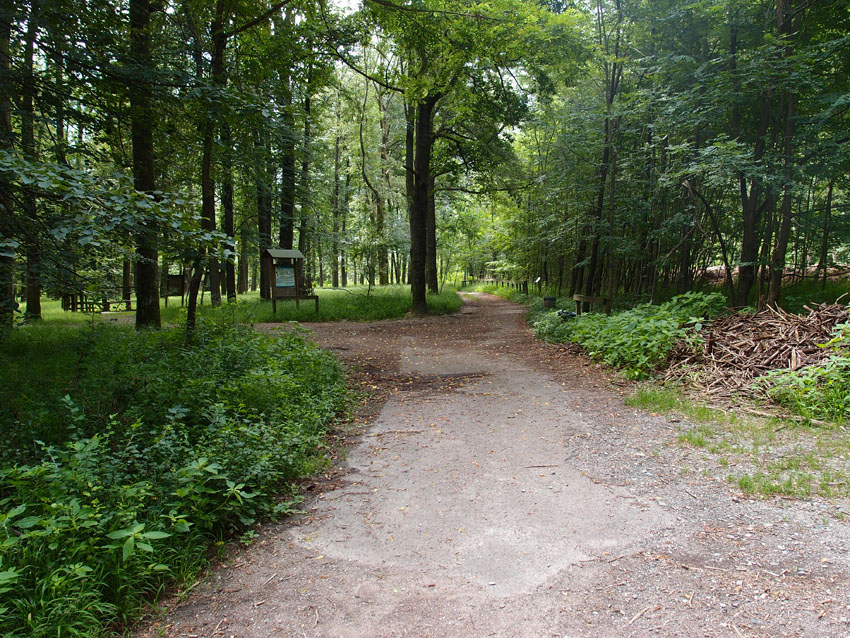 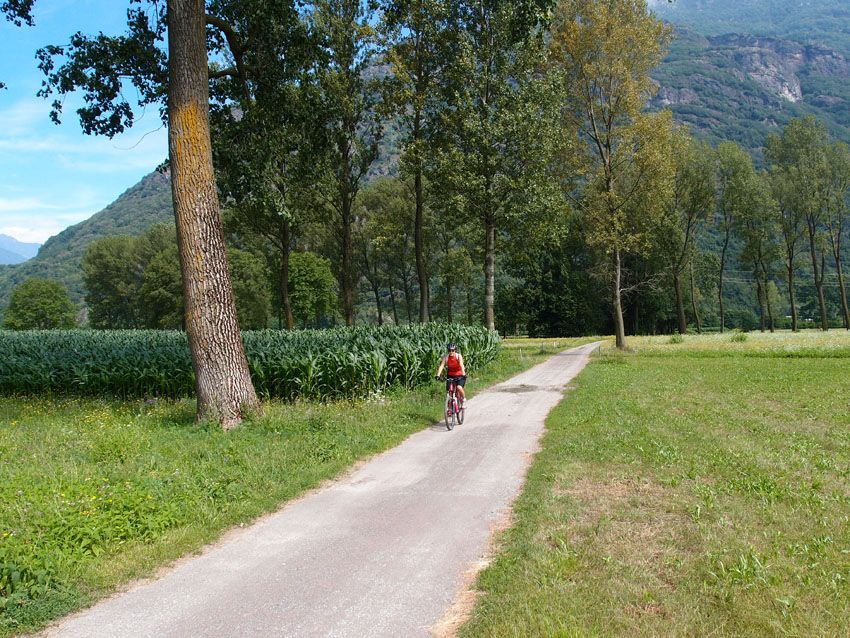