IN THE VALLEY OF PESCONE

The route starts from Piazza Unità d’Italia in Pettenasco near the town hall. You set off in the direction of the Novara – Domodossola railway viaduct along via Vittorio Veneto. Passing under the viaduct you come to fountain and the Paganetto picnic area where you turn right into the path following the signs for Carcegna.
The road runs for a short distance alongside the railway track and then climbs quickly into the woods. Further on you come to a junction where you can see a green gate on the right.
Here you take the path that climbs steeply to the left, then follow a hairpin bend and continue to the first houses of Carcegna.
Keep going until you come to the tarmac road (via Pettenasco) and then along via Roma to the parish church of S. Pietro.
Here you continue in the direction of the club-bar of Carcegna taking via alle Scuole. After the club you descend on the right in the vicinity of a small wall, then follow the path up to the steps and climb up into the woods.

At the top of the steps turn left and continue climbing along the path in the woods which soon brings you to the first houses of Miasino in via Borsattino. Pass under an archway then turn left following the garden wall of Villa Nigra along via Solaroli.
On reaching the square go straight toward the parish church of San Rocco and then turn right along via Umberto I. At the end of the street, after passing the church of the monastery on the left, continue downhill along via per Armeno. At the crossroads near the cemetery of Pisogno, cross the road and take via Parrochiale in the direction of Pisogno.

After the outdoor swimming pool, turn left and then right into via Regione Bagnalera. you pass a chapel and a few small houses. Keep to the right continuing on through the fields up to the Strade delle Due Riviere in the vicinity of a supermarket (on the right). Cross the road and then turn immediately right along via dei Prati passing in front of the Museo degli Alberghieri (Museum of Hoteliers) of Armeno.
Now you come to the main square of Armeno, Piazza della Vittoria (if you want you can visit the Romanesque church of S. Maria Assunta (Our Lady of the Assumption) near the cemetery), continue along via Addis Abeba and then take via Don Magnone. In the vicinity of the bend on the right turn left into an unmade road and continue through the woods descending along the Valle del Pescone in the direction of Pettenasco.

You then come to fountain and the Paganetto picnic area and pass under the viaduct of the Novara – Domodossola railway line. Continue in the direction of the centre of Pettenasco and of the Museum of Art and Wood Turning and you are back at the point of departure. 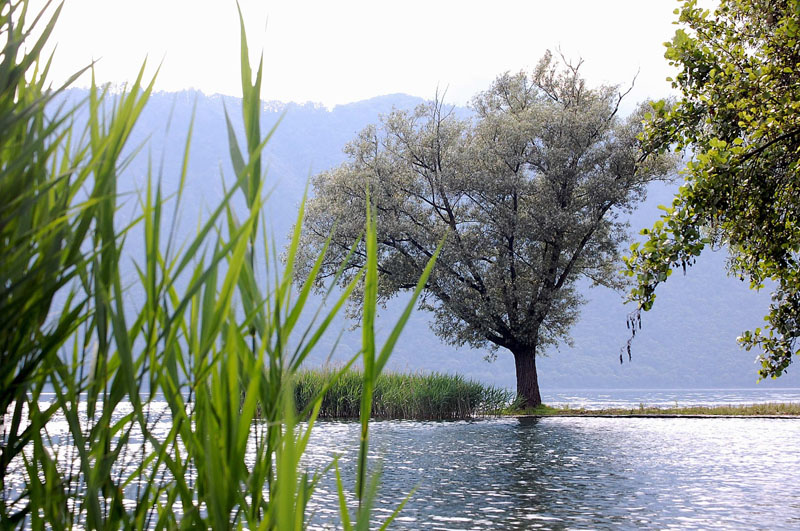 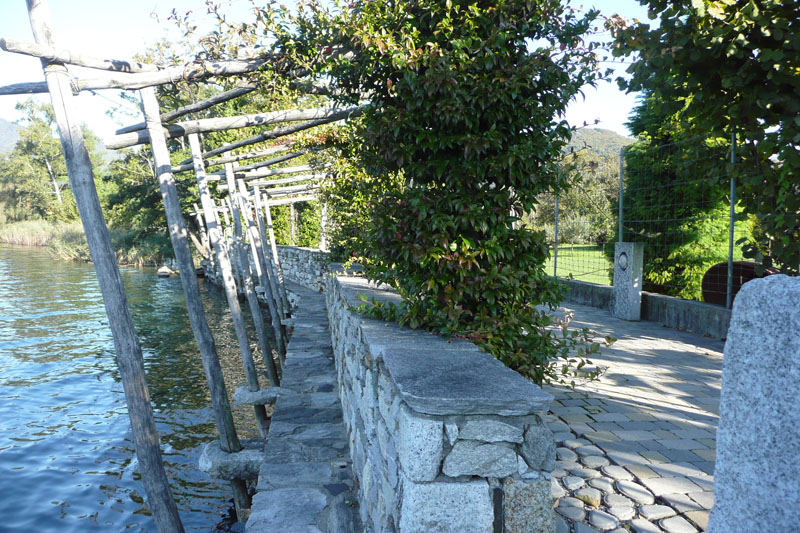 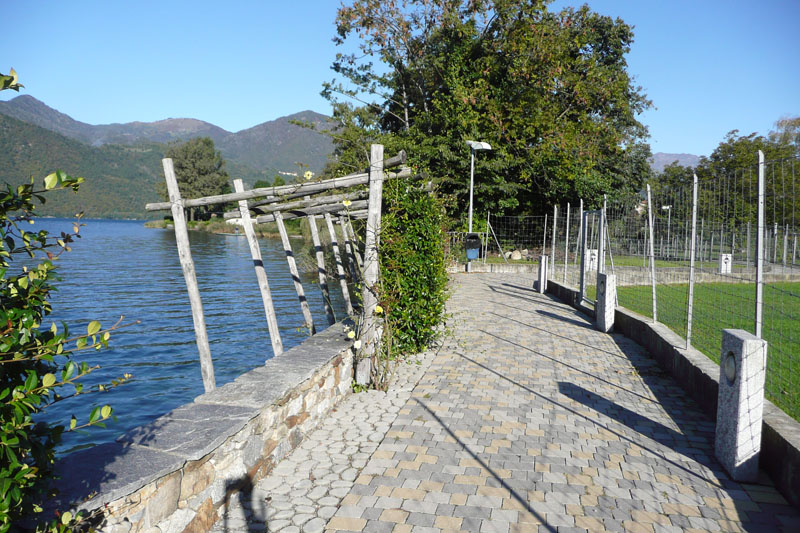 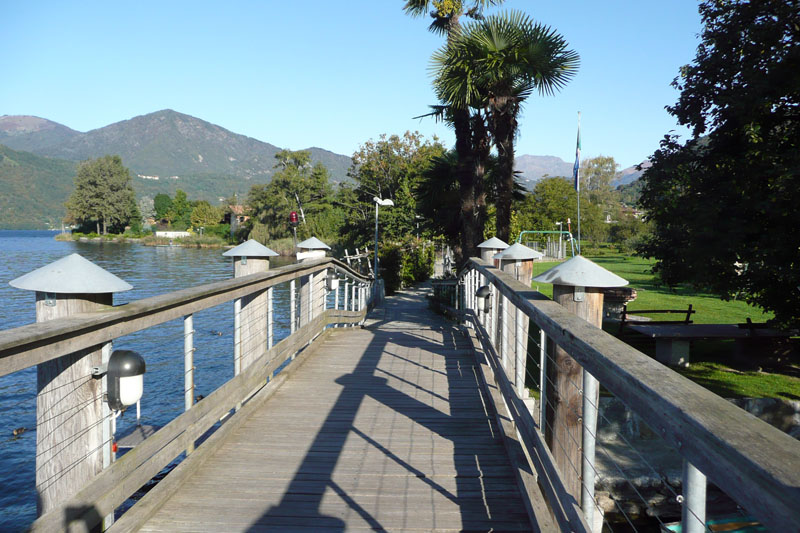 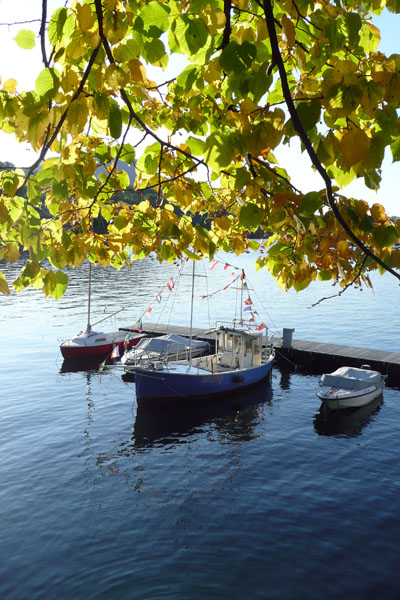 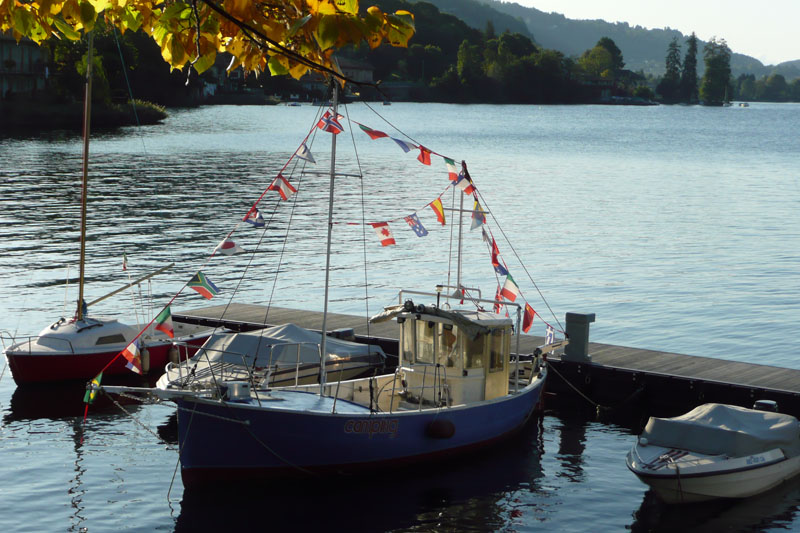 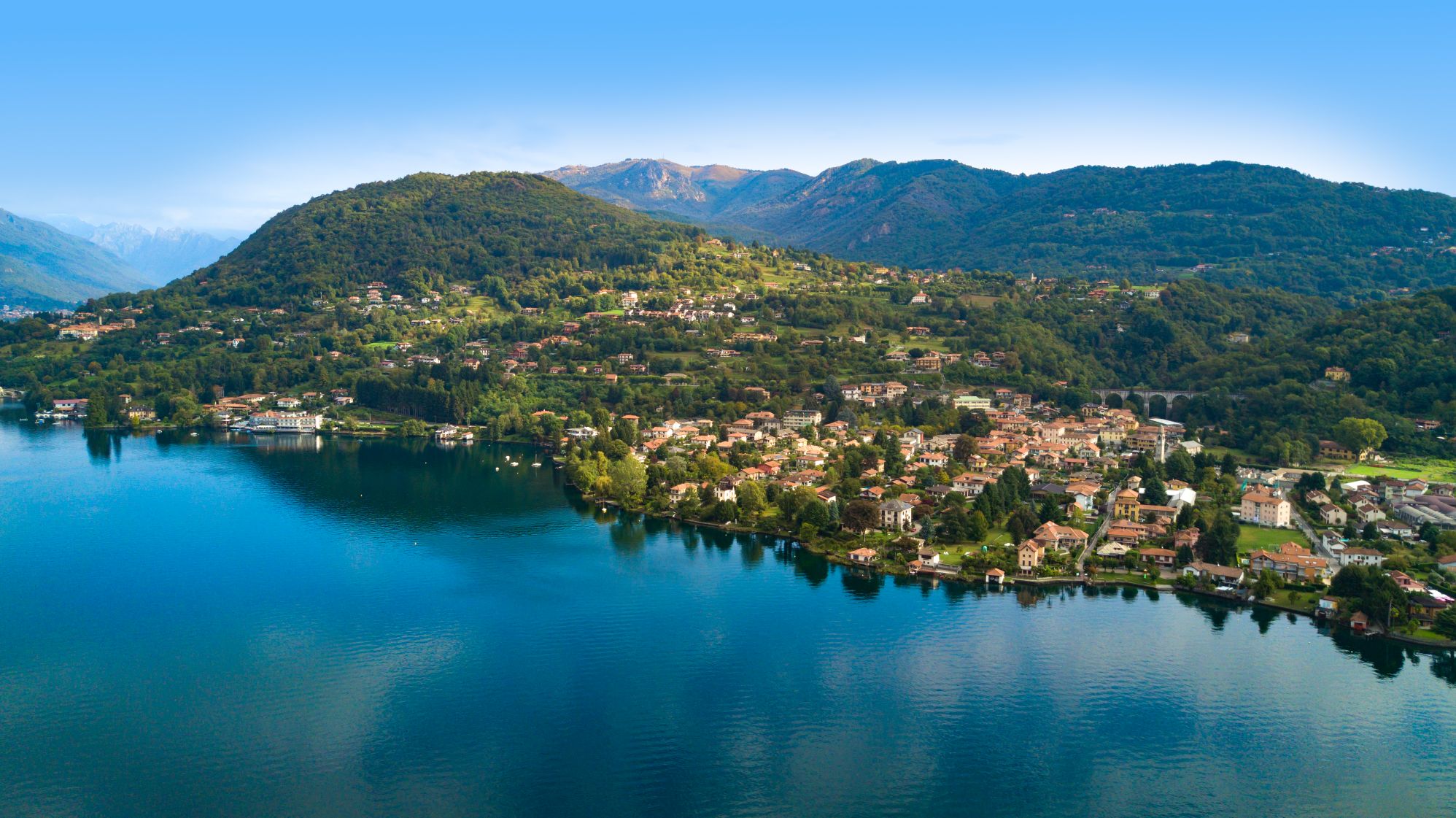 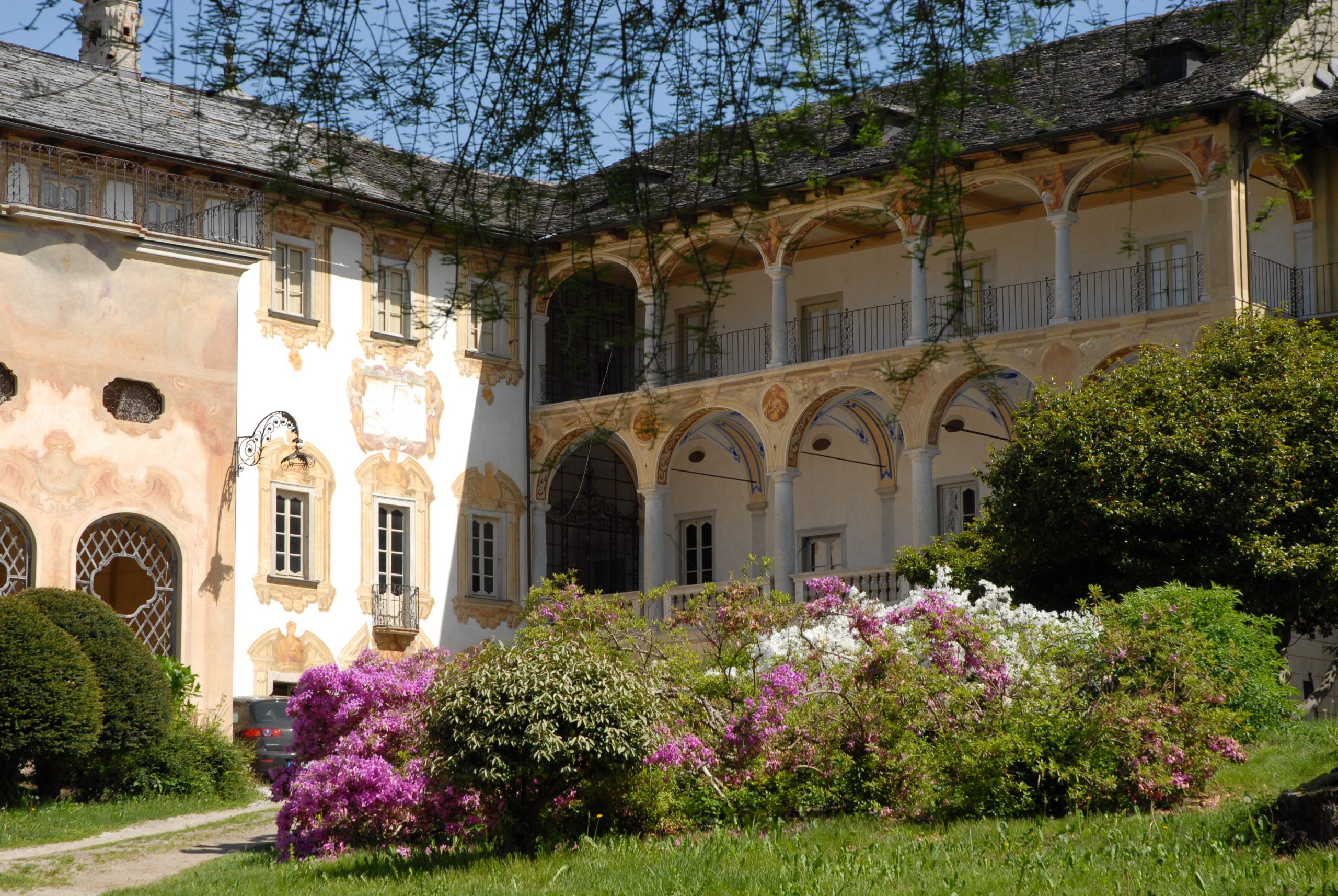 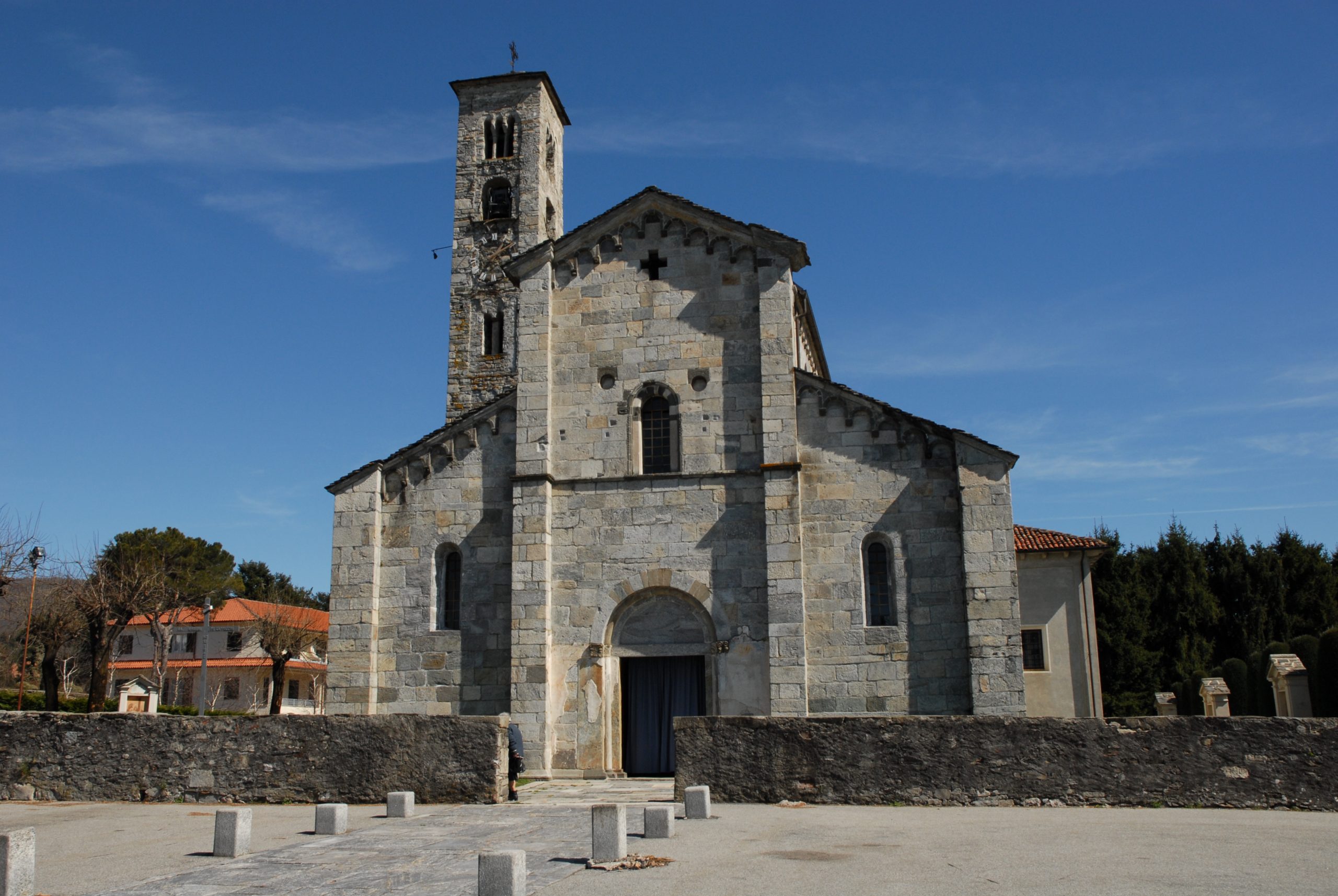 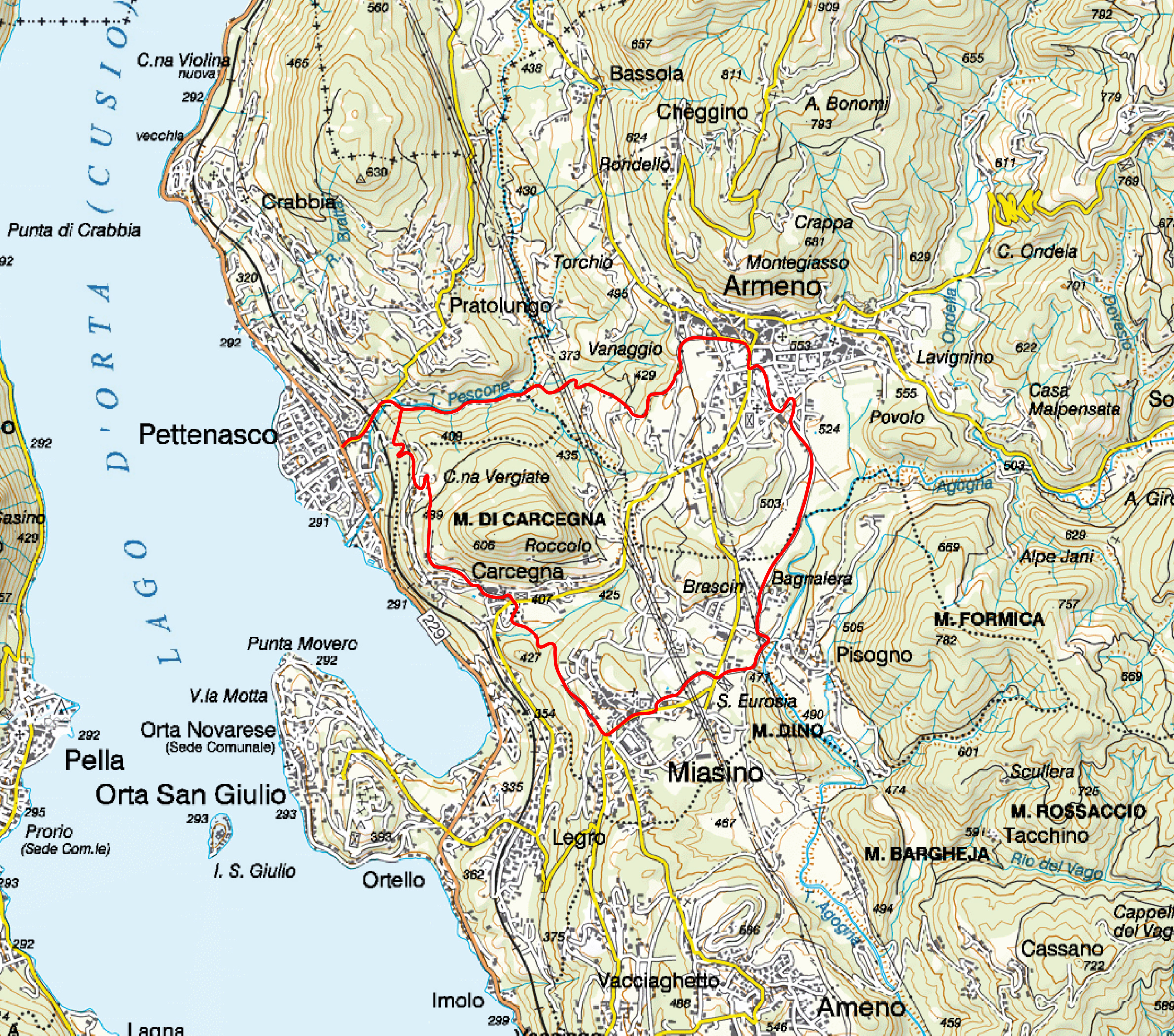